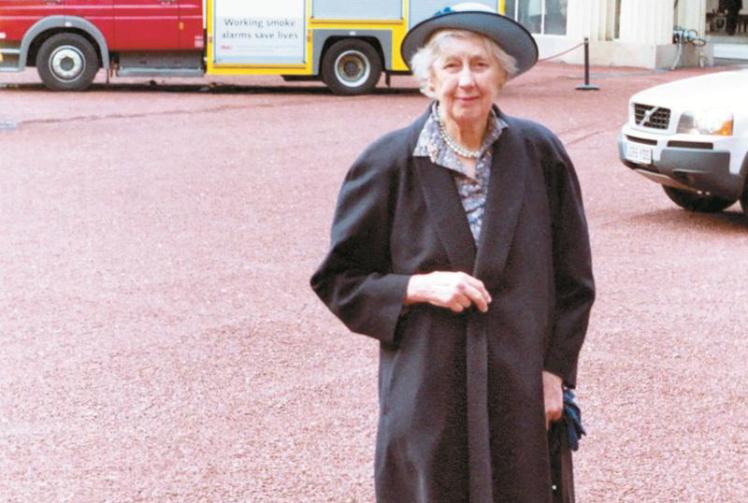 Tributes have been paid to a wildlife trust founder, described as a ‘passionate conservationist with a zest for life’.

The Woolley Firs Conservation Trust will now stand as a permanent memorial to Rosa Lee, 91, who was born on Christmas Eve in 1924, and was made an MBE for establishing the trust, now managed by the Berks, Bucks & Oxon Wildlife Trust.

A keen traveller with a love of nature, Rosa first served in the Women’s Royal Naval Service during the latter part of the Second World War, but at some stage contracted TB, which prompted a return to the Isle of Wight, to recuperate at the Ventnor Sanatorium, now, somewhat fittingly, a botanic garden and also the site of many pre-war family holidays.

The first and oldest of her god children, Richard Malins, said: “She was well ahead of contemporary opinion in her love of gardens, trees and the countryside.”

Despite being advised to rest from the TB, in the 1950s Rosa began to travel.

Beginning in Borneo, where she climbed Mount Kinabalu, she also went to Hong Kong, Cambodia, and Italy, where she had distant relatives.

A friend, Sally Hardy said, “I first met Rosa in 1958 at the Helena May Institute for Women, a respectable residence for single women in Hong Kong. When she arrived it was like a breath of fresh air.”

Rosa was fortunate enough to benefit from a family inheritance, acquiring Woolley Firs estate in the late 50s.

But it wasn’t until the early 60s that she returned to Berkshire to manage and rebuild the small run-down estate in Littlewick Green.

Today, visitors are able to enjoy the 300-year-old-farm and varied woodland, which is managed to provide a haven for wildlife.

Richard added: “It is the children of her friends, several of whom are god children, who have so much to thank her for. It is my privilege to speak on behalf of us all.

“We’re lucky to have inherited so much of her values.

“Such was the specific interest she took in all of us, she allowed each of us to believe we were the only one.

“Sadly her decline has been a long one, but as she often told us, it gave her time to pack for heaven."

Rosa passed away in September.

Alan DomanWith deep sadness we announce that Alan Doman died aged 83 after a long illness surrounded by familyA celebration of his life will be held at Slough Crematorium on19th August at 12 noonDress code is no black. Family flowers only but there [more..]

Brenda Edith FallowfieldWho peacefully passed away at Thames Hospice onMonday 25th July 2022 aged 70 years.She will be greatly missed by all her loving family, friends and all those who knew her.Funeral service to be held at GreenAcres Chilterns on [more..]

Phyllis Hitchman (née Pratley)Formerly of Waltham St. LawrencePhyllis passed peacefully away on the 18th of July,aged 91, at Musgrove Hospital, TauntonBeloved Mother of Sally and Clive. Grandmother to Simon and Tracy, Great Grandmother to Charlotte,[more..]