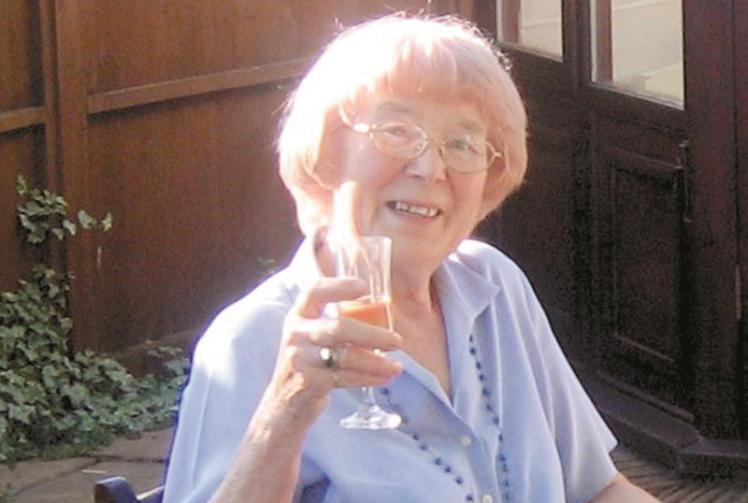 Tributes have been paid to a ‘great mum’ and grandmother who founded a Maidenhead nursery.

Agnes Hayward, who ran the Agnes Hayward Nursery, in Lincoln Road, died on Tuesday, October 25, aged 92. She had been suffering from Alzheimer’s disease.

Born in Norfolk, in 1923, the second of five children, she was a bright pupil, but had to leave school at 14 because her parents were unable to afford the fees for any further education.

After spending several years working in service, when the Second World War broke out she got a job in a munitions factory before taking work with the Land Army.

She later took up a position with the Post Office in Dereham, Norfolk, before moving to Maidenhead. While working at the branch in High Street, which closed in September, she met Arthur, known as Dick, marrying him in 1949.

Moving to Penyston Road soon after, Agnes, or Brownie as she was known, started looking after the children of friends.

Quickly finding herself in demand for her services, she moved to the St Mark’s Crescent Methodist Church.

Despite the bigger space, the waiting list for places continued to grow and, after much pestering of the council, she eventually secured premises in Lincoln Road with space for three classrooms.

Although the school continued to be popular, by 2006 the lease was up for renewal on the Lincoln Road site, but the decision was taken not to renew it, leading to the closure of the nursery.

Speaking about her mum, daughter Kathryn said: “She was just always good fun and she was just the kindest person. She was always doing things to help people and she made everything around her that little bit brighter.

“She was a great mum and she did so much for so many children and she used to say looking after the little ones was never like work. So much so that when she opened her first school, after the first day she said she should have been paying the parents instead.”

She is survived by her two daughters, Susan and Kathryn, and two grandchildren.

Margaret Joan Duncan Angell ( nee Penney) passed away peacefully, at homeafter a short illness. The younger daughter of Roderick and Isabella Penney of Springfield, Fortrose and sister Of Jean and Hugh, will be sadly missed. BM102608

Jane and David are sad to announcethe death of our beloved father Sir Brian Smith who passed away peacefully on the15th June 2022, aged 93 yearsWe take comfort that Dad is now reunited with Mum, Phyllis; he is much missed and will alwaysbe in our [more..]

Jeanne Turner Passed away peacefully at home on 15th June, after a short battle with cancer.Handbell ringer for over 50 years, active member of Cookham village, much loved mum & grandma, she will be greatly missed.Funeral to be held at Chiltern’s [more..]

Peter DelaneySadly our loving Dad passed away on 26th May 2022. The funeral will be held at St Joseph’s Church, Maidenhead at 10am On Thursday, 7th July. BM102407