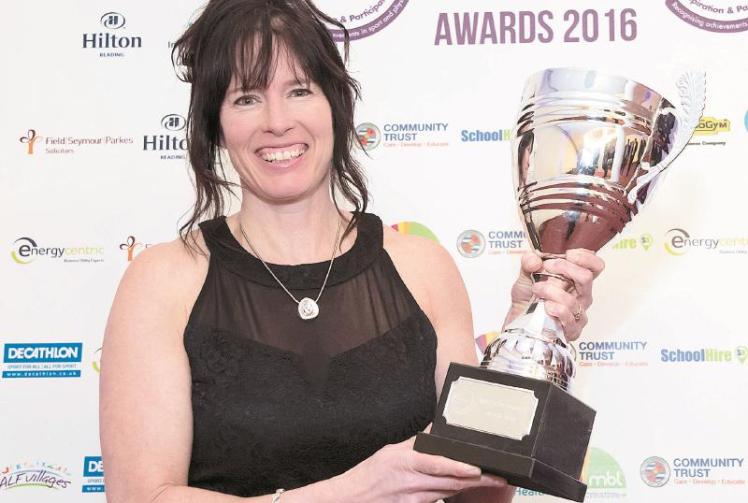 With millions of pounds having been pumped into beefing up COVID-19 protocols ahead of this summer’s Olympics and Paralympics in Tokyo, Taplow’s Jeanette Chippington is confident the events will go ahead as planned, albeit it with some noticeable differences.

The 50-year-old para-canoeist has been told to ignore media stories, which she says always seem to put a negative spin on forthcoming games, and she’s confident the COVID measures being put in place will enable the thousands of athletes, coaches and spectators to travel to Japan and compete in a really special games.

Restrictions have been tightened, for example she’ll have to produce an itinerary of her movements in the weeks before the squad flies out to Tokyo for their 10-day holding camp and she’ll also be tested before she leaves and every three or four days while staying in the athlete’s village. She’s expecting spectators will be allowed into venues but says they’ll be discouraged from shouting and cheering and she’s also expecting some of the freedoms athletes usually have to move around the city to be curtailed. It’s going to be a very different experience for Jeanette, not least because it will be the first games without her parents there to support her, but she’s hoping to do both of them proud and believes her father, who passed away from COVID-19 in April last year, will be looking down on her, giving her extra motivation to do well.

“It’s all very positive with regards to Tokyo,” she said. “They’ve spent millions on COVID measures and we’re sure it will go ahead. It will be different to normal due to the restrictions and things.

“Two months before hand we have to send in an itinerary of where we’re going to be, even if you’re going to the supermarket. It’s going to be really restrictive, for obvious reasons. We’re due to fly out for the holding camp on August 17 and then we’ll go into the village. We’ll try to spend as little time as possible in the village before racing and coming and going from the village will be more restricted. However, once we’re there and are racing the experience should be pretty much the same.

“If spectators come out to watch I think that we’ll struggle to meet up with them afterwards like usual and that will be really tough because I’ve always had my family come out. It’s usually so nice to see them a few days before you race, so that will be a struggle for me.

“We have to have a negative COVID test 72 hours before we fly out and we’ll be tested every three or four days while we’re out there. Having had the vaccine is not a pre-requisite. I’ve also read some strange things like spectators will be allowed to watch but they’re not allowed to cheer.”

Jeanette, who is paralysed in both legs after contracting a virus which resulted in damage to her spinal cord, added: “We’ve also been told to ignore the media. We know there will be stories about the games and they’ll usually be negative. We just have to be positive as athletes. As far as we’re concerned the games are 100 per cent going ahead. The boats will be shipped out in May.

“We’ve raced at the venue in 2019 and it’s a very different setting to Rio, which had that iconic backdrop. This setting is quite concrete, but Tokyo is an amazing, huge city and because it’s on the sea there were loads of fish, they were literally jumping into people’s boats. It’s going to be a very different cultural experience compared to Rio.”

King to compete in Porsche Mobil 1 Supercup next season

'Jim loved Spurs and cricket, but nothing could compete with boxing'