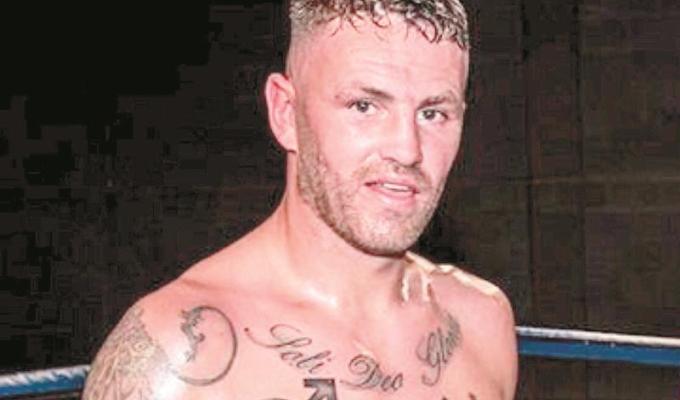 With small hall boxing currently all but off the cards due to COVID-19 regulations, Slough boxer John ‘The Don’ Brennan is preparing to travel further afield to take on opponents and improve his ranking in the sport.

Next Wednesday the Slough boxer will fly out to Dar Es Salaam in Tanzania to take on one of the country’s prospects, Yusuf Bangu, in a World Boxing Forum International super welterweight title fight on Friday, October 16.

Brennan had due to fight against Linus Udofia for the English middleweight title at the end of March, but the arrival of coronavirus brought about a hasty cancellation of fight and, on these shores at least, competitive opportunities have been few and far between.

Venues’ inability to ‘put bums on seats’ means that boxers are being offered the chance to fight, and put their health at risk, for very little reward.

So, Brennan’s manager has set up something a little different for the fighter, and he’s hoping it will improve his chances of fighting for major honours further down the road.

“The cancellation (of the Udofia fight) was crushing for me,” said the Slough-based boxer. “I invested a lot of time and sponsors a lot of money in getting there, but boxing is full of twists and turns. You have to keep disciplined and focus on the end goal.

“All fights are behind closed doors now, and the money for those kinds of fights is chocolate buttons. Some of the money being bandied about, I’m sorry, but I wouldn’t get out of bed for it, let along get my face punched in on TV.

“So, we’ve looked to the continent and my next fight on October 16 is in Tanzania. The restrictions there aren’t as heavy because they’ve had fewer cases and I’m going to be fighting in the International Football Stadium in Dar Es Salaam in front of an estimated crowd of 3,000 people.

“This will be my rumble in the jungle. I’m fighting this guy, not because he’s from Tanzania, but because he’s well ranked within the Commonwealth, he’s had 10 fights, won nine and lost one. But I’d like to think the level of competition over there is different to over here. If I can beat this guy resoundingly, I can get myself a good ranking and standing within the Commonwealth and they’ll put me in with the contenders to fight for the vacant Commonwealth title.”

Brennan has been active over the past 12 months. In November he won a points decision over Luke Middleton in what felt like a homecoming event at the Magnet Leisure Centre. And at the end of June last year he was disappointed and frustrated by the referee’s scorecard after his super welterweight Southern Area Title fight against Sean Robinson ended in a 95-95 points draw. Brennan felt he’d done enough to secure victory.

But now, after the frustration of lockdown, he’s refreshed and refocused on working towards more title shots, starting in Africa this month. And he’s prepared to venture further afield in future to secure that goal.

“He’s in his homeland and he’ll have the home support,” Brennan said of his bout with Bangu. “But ruling those out, I’ve got the experience, I’m battle hardened, I’ll punch harder than him, I’ll have a better skillset than him and I won’t be fazed by his support or the time difference, because they’re only a couple of hours ahead of us. The heat doesn’t bother me either, so I don’t envisage his factors overriding my factors. My manager has got the next two or three moves worked out, it’s all about working to a pot of gold at the end of the rainbow.

“It’s building blocks, we’re using this as a route towards my main goal which is fighting for one of these major titles and getting the recognition I feel I deserve.

“I’ve been told that York Hall won’t be back in action until March, and I haven’t the patience to wait until then. I need something to keep me ticking over in the meantime. You need a goal to aim for, to give you that incentive to push a little bit harder in training.”