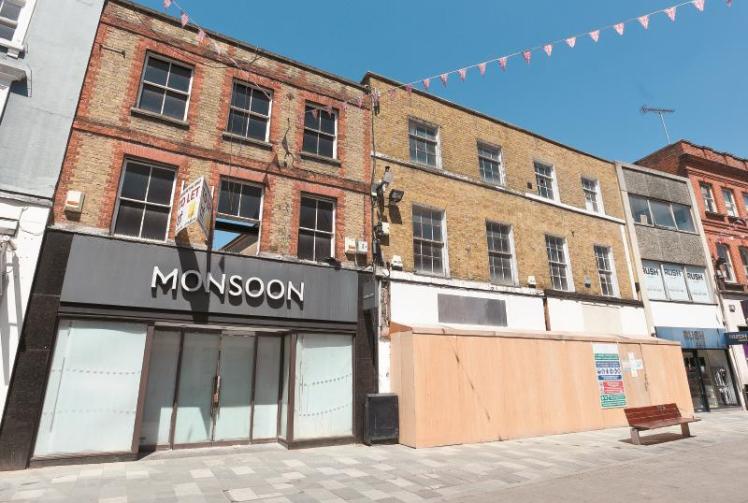 In the public notices this week, a company looking to build eight flats in place of a former shop in Maidenhead town centre are looking to tweak the plans.

Elsewhere, an application has gone in for a new home in Hurley that looks to be more ecological than previous designs, while road closures are planned.

DG Maidenhead Holdings Ltd has submitted an application for a variation on its plans to build flats in the centre of Maidenhead.

The applicant wishes to make ‘minor amendments’ to its plans for an already permitted application.

The developer was granted permission to change the use of space at 70 High Street from ancillary retail to residential.

It was granted planning permission in September 2021 to extend the upper floors and put in eight flats.

Now the company is proposing changes to the structure.

“After structural investigation of the existing building, it was established that the most sustainable approach was to retain as much of the existing fabric as possible within the building,” said the applicant’s representatives, Left City.

To view all documents for this variation, enter reference 22/01545/VAR into the Borough’s planning portal. To see formerly approved plans, enter 21/01616/FULL.

Meanwhile, an outline application has been put forward for a replacement home on the greenbelt in Honey Lane, Hurley, at the former Channers house.

Planning consent was previously secured in 2014 for a new replacement home on the site, and the existing house has since been demolished.

However, this alternative scheme will ‘significantly enhance the site and surrounding area,’ wrote the applicant’s representatives, Ben Reed Architects.

The changes will ‘ensure the house is fully aligned’ with the Royal Borough’s Climate Strategy.

As such, the new design aims to ‘improve the sustainability credentials of the scheme.’ A flat roof could be covered in a green roof material that will promote biodiversity.

The flat roof also provides an opportunity to install solar panels ‘without compromising the appearance of the building.’

The new scheme also sets out to explore the use of alternative, local materials that are more sustainable.

To view all documents for this application, enter reference 22/01505/OUT into the Borough’s planning portal.

There are also road closures set next week for part of Smiths Lane, part of West Street and Alleyns Lane, Cookham Dean – as well as a closure of Dungrovehill Lane in Bisham in July.

To see all this week's public notices, click here.