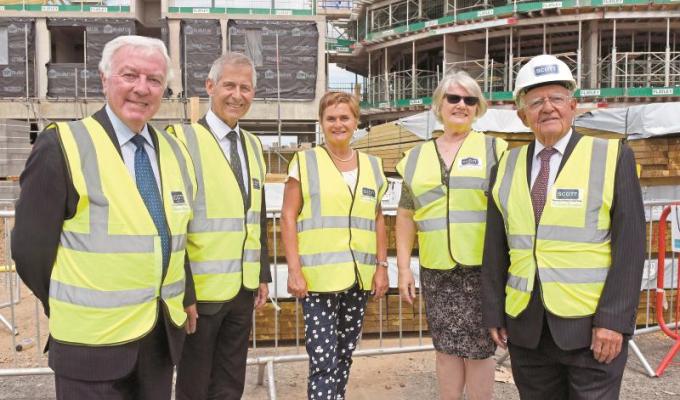 The Louis Baylis Trust (LBT) has handed out more than £80,000 in grants to good causes in the area in its latest round of donations.

The Louis Baylis Trust (LBT) has handed out more than £80,000 in grants to good causes in the area in its latest round of donations.

After a tough financial year and the charity sector being hit hard by the effects of the pandemic, the Maidenhead Advertiser’s owner has distributed the funds to 48 groups in desperate need of support.

Cash will help the good causes continue their work as they navigate out of the COVID crisis, which has seen 16 months-worth of restrictions impact their fundraising and income.

Large charities such as Citizens Advice in Maidenhead have been supported again, with the trust increasing its donation to the group after the pandemic forced more people to use its support services.

Other smaller scale projects including the Blue Acre Horse Rescue in Old Windsor have also been given funds, which is one of eight new good causes this year which came forward with applications.

Familiar names on the list include The Dash Charity, which supports victims of domestic abuse in the Royal Borough and Slough, and received £3,000.

Thames Hospice, located in Bray, benefitted from £3,000, while Alexander Devine in Snowball Hill received £5,000 from the Trust.

Money has also been distributed to a project called ‘Maidenhead Advertiser Trees’, which is an initiative launched by the paper to help make the town carbon neutral through the planting of more trees.

LBT trustee John Robertson said: “The charity sector has been hit hard by the pandemic and we try to cover as many aspects of community life as we can.

“Many are relatively small grants but they are vital to a lot of the smaller charities we support. In many cases it probably helps them to keep going.”

Profits from the Advertiser go back into the LBT, and John added that it is a tradition not seen with many other local newspaper publishers.

“I do not know any other local newspaper that is owned by a charity,” he said.

“It is vital, and we recognise the value it has and we try to help as many people as we can.”

John urged any other charities interested to send off an application form, with the deadline for the next round of donations not until October.

Visit bit.ly/3Bqxej2 to find out more about the LBT and apply for a grant.

Below is a full list of the latest recipients of the Louis Baylis Trust grants, which were handed out earlier this month: