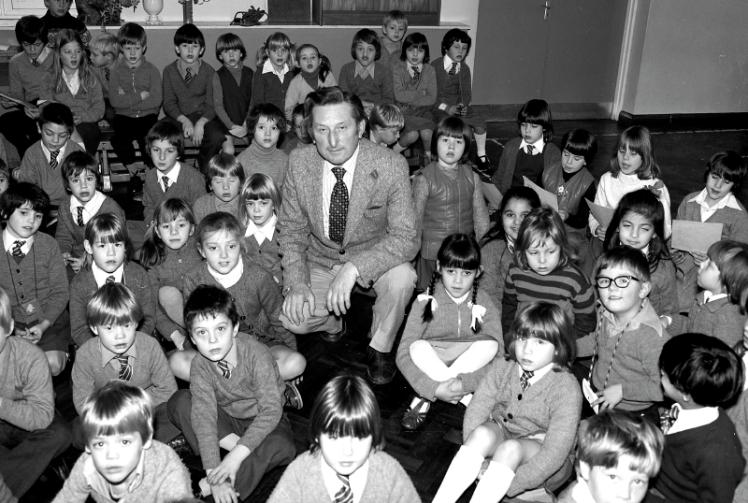 1970: A face familiar to the town’s cinema-goers for more than a quarter of a century said farewell to the ABC cinema. 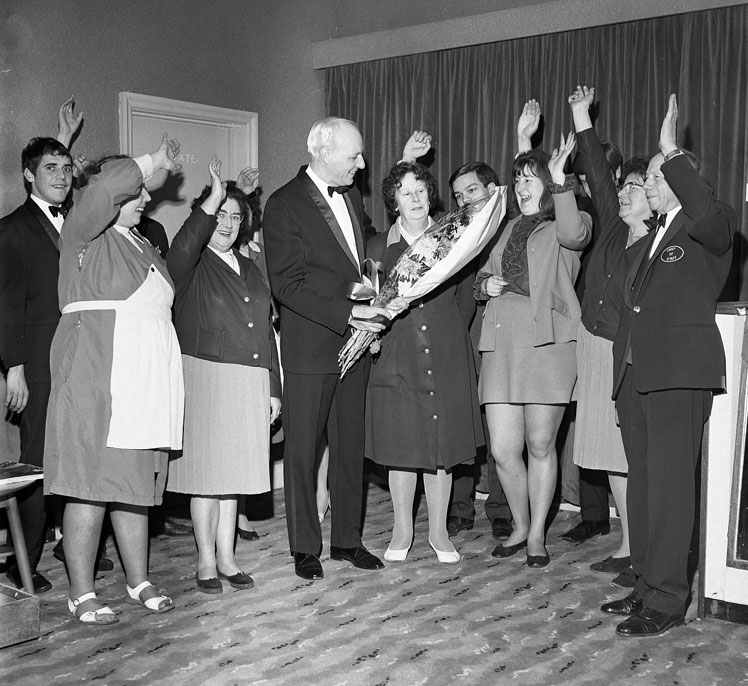 Evelyn Parry first joined the ABC (then known as the Rialto) in 1943. She was presented with a bouquet of flowers, a pot plant and an autographed letter of appreciation,

1975: Junior pupils at Cookham Rise School adapted The 12 Days of Christmas for a performance for parents and friends. 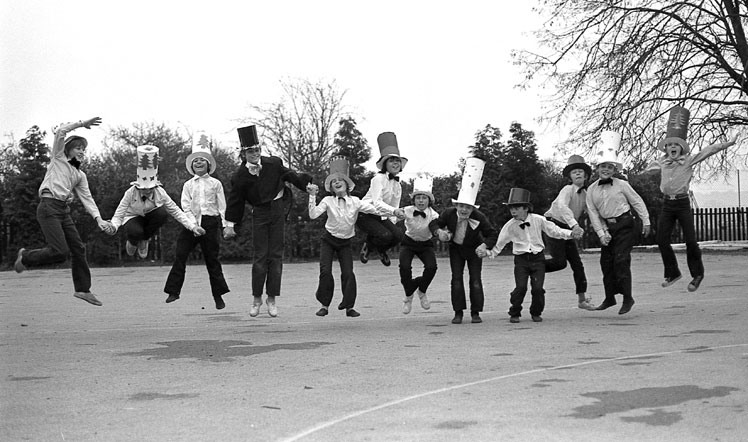 One of the show-stopping turns came from the 12 lords a-leaping,

1980: Texas came to the greenbelt as a Maidenhead builder sparked a nationwide hunt for the British JR Ewing. 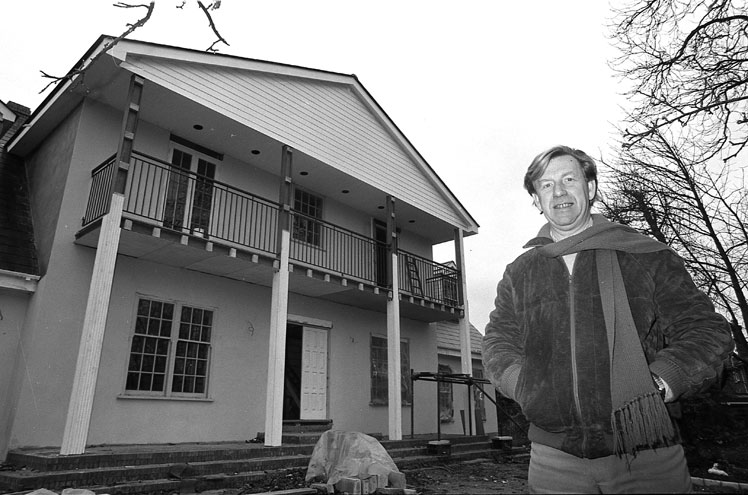 A house with a striking resemblance to the famous Southfork Ranch – made famous in the hit American series Dallas – was nearing completion in New Road, Hurley.

The £200,000-home, built by Allan Glassbrook, had already sparked interest from three Americans and a Dallas-loving pools winner.

1980: The headmaster of Woodlands Park Primary School retired after 10 years in the role (main picture)

Herbert Stork was a familiar face in the area after moving to Maidenhead in 1955 and had taught at St Luke’s Secondary Boys’ School, Ellington School and Holy Trinity Primary School in Cookham before moving to Woodlands Park.

1990: A young football fan’s faith in the long arm of the law helped him get the autograph of his favourite player Paul Gascoigne. 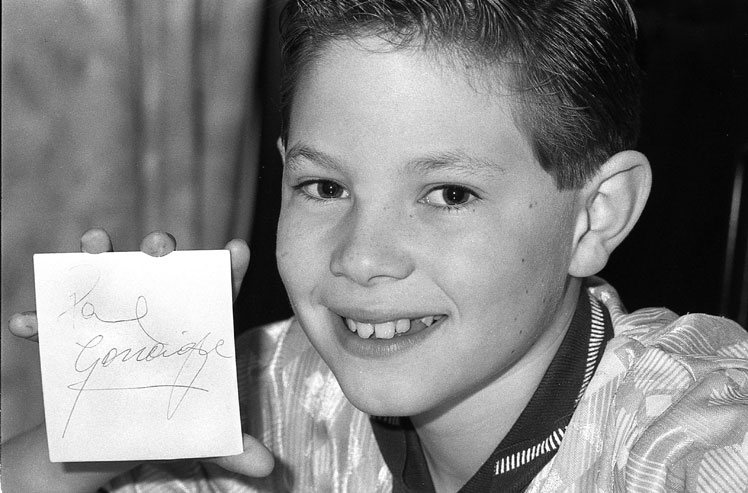 David Eales, 11, attempted to get autographs from players when he went to watch Chelsea play Spurs with a group of Altwood schoolboys.

After missing out on Gazza’s signature, he offered a police

officer £1 to get the autograph and wrote his name and address on a piece of paper.

The officer, Sergeant Gordon Barlow, declined the money but said he would get the autograph. He delivered on his promise in the post a few days later.

“The match ended and I didn’t see him again, but I knew he would keep his promise, because he was a policeman,” said David.

1995: A new alter cloth was due to be used in Christmas services at Cookham’s Holy Trinity Church after it was put together by children in the parish. 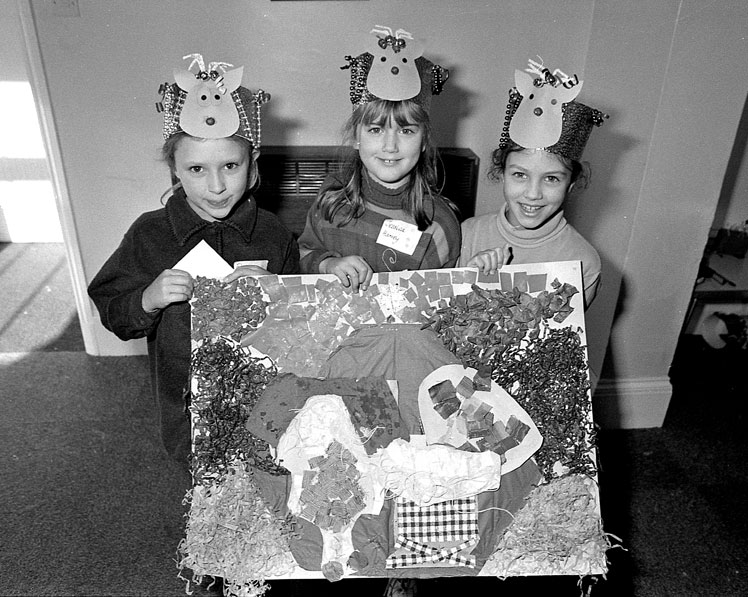 It contained appliqued and embroidered squares of Christmas symbols and was just one of the many items produced by youngsters at the Yuletide workshop run by the church the parish centre.

The girl on the right may look familiar, she is Jessica Brown-Findlay and she grew up to become successful actor and played Lady Sybil in Downton Abbey.

1995: Christmas food parcels were delivered to more than 650 families and individuals in need around Maidenhead. 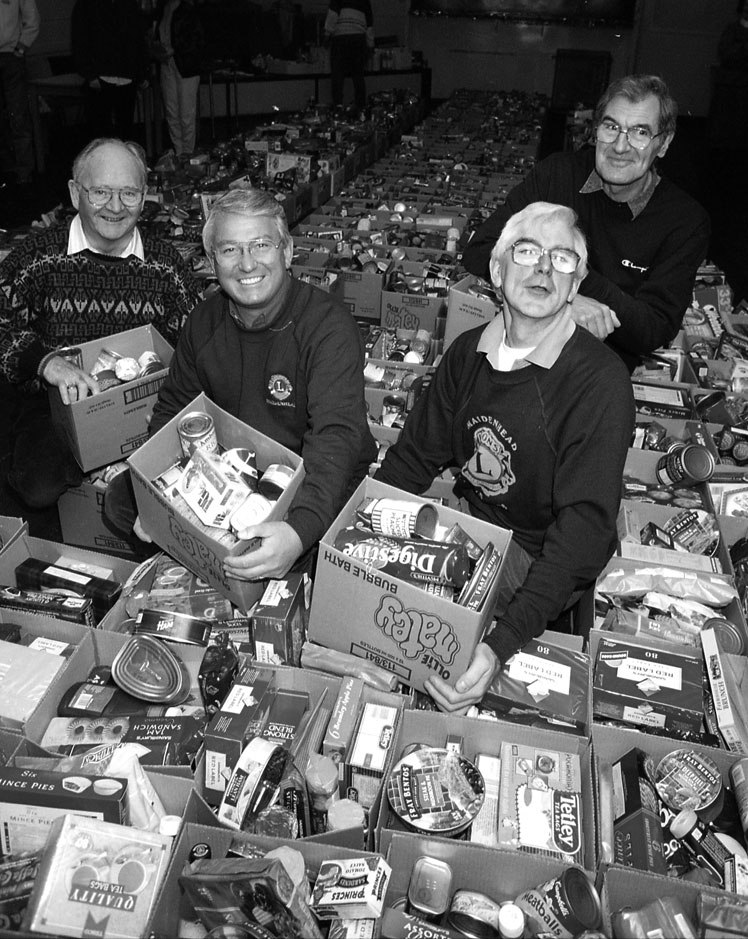 Members of the Lions Club of Maidenhead stood outside the town’s major supermarkets for five days and asked shoppers for donations. Parcels were put together at the Rays Social Club and handed out in the community.