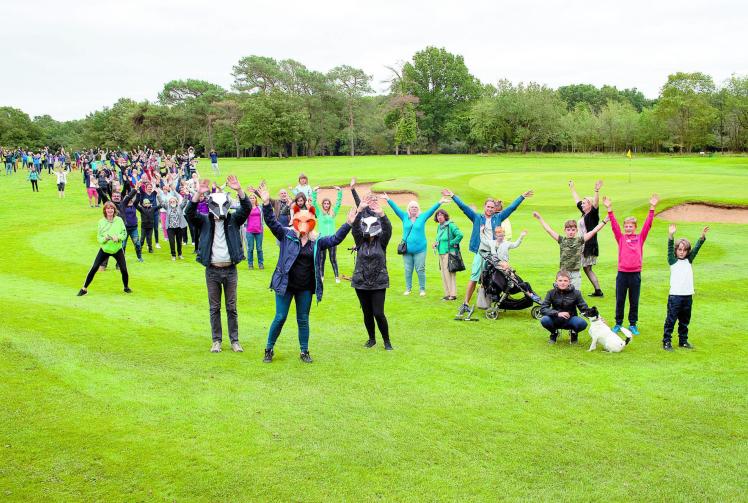 More than 100 people gathered at Maidenhead Golf Club on Monday as part of a campaign to turn the fairways into a Maidenhead Great Park.

The golf course site, which is owned by the council and leased to the golf club, is earmarked for 2,000 new homes in the Borough Local Plan, but over the last few months a petition calling to change the fate of the course has gained traction, collecting more than 1,500 signatures.

On Monday night, campaigners passionate about the green space stood ‘side-by-side’ (while being asked to observe social distancing) along the width of the golf course.

“I came home smiling. I just thought this is amazing.”

The campaigners have called on the council to reconsider plans to build more homes in the borough after the objectively assessed need for housing in the borough, determined by ONS, was reduced from 12,691 in 2012 to 6,382 in
2019.

Since the campaign began, Royal Borough figures have stated that they will not deviate from the plans to develop the golf course, but insist there will remain green space for the public to enjoy.

Speaking to the Advertiser in August, Cllr David Coppinger (Con, Bray), lead member for planning, said: “The site is ideal for housing because of its proximity to the town and transport links.

“We want to put in green and blue infrastructure.

To view the petition, visit https://petitions.rbwm.gov.uk/MheadGreatPark/