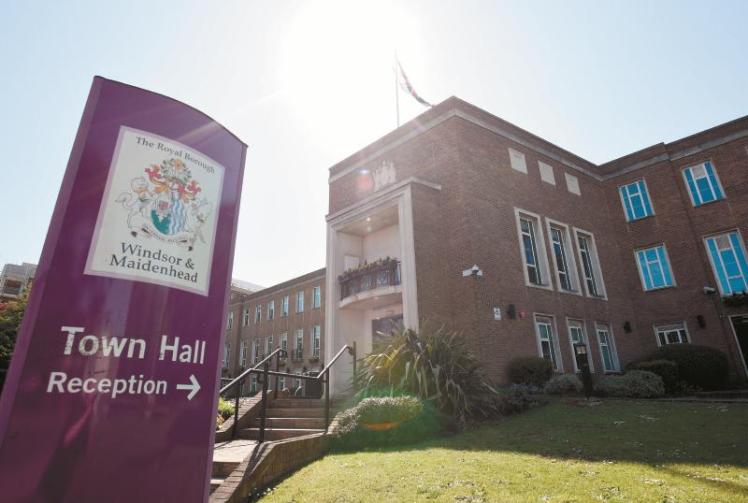 A public consultation on the Royal Borough’s next budget will take place for the first time as the council looks to improve transparency.

They said a consultation would ‘give an opportunity for us all to debate, discuss and work together to tackle the epic challenge we face’.

The budget for 2020/21, which sought to make nearly £6million in savings, came under criticism from opposition members who felt they had not been given a chance to properly analyse it before they were asked to vote on it.

Speaking to the Express on Tuesday, Cllr Hilton outlined some of the reasons why the council was considering holding a public consultation.

He said: “Last year, we were harangued for lack of transparency. We can see where it’s coming from.

“We are more open and transparent than we have been in the past. We are about to go through a very difficult budget process and we don’t know what the outcome will be.

“I hold the view that the more we communicate with residents, the more likely we are to get a positive response.”

Plans for the consultation are still in the early stages, and it is not yet known when it will take place or what form it will take.

“There are two ways we can look at it,” said Cllr Hilton. “It could be us asking what are the things that are most important to residents, or we could say ‘this is where we are, what do you think?’”

The financial cost of COVID-19, which is projected to be about £14million, as well as financial and governance issues under the previous administration which was outlined in the CIPFA report, will mean that Cllr Hilton and his team will need to work hard to produce a balanced budget and bolster the reserves.

Regardless of what form the next budget takes, though, there is still a risk that the financial hit will result in a Section 114 notice being filed, putting spending restrictions on the council.

He said: “The only reason they would issue an S114 notice is if there’s absolutely no hope of recovering the reserves to the minimum level and the administration were not doing everything they can to recover that position.

“It may happen. I hope it doesn’t, I hope we will find a way through this but it’s not off the table.

“We were well on the way to a balanced budget this year and made some savings before COVID-19.

In response to the announcement, Cllr Lynne Jones, leader of the local independents, was unconvinced.

She said: “It’s a normal move. Budgets usually come out in November in other councils so all members can look at it, it’s something that should happen, something CIPFA said should happen, but unfortunately this council has never done it.

“It’s a move in the right direction. Whether they take any notice of what people say is another thing.”