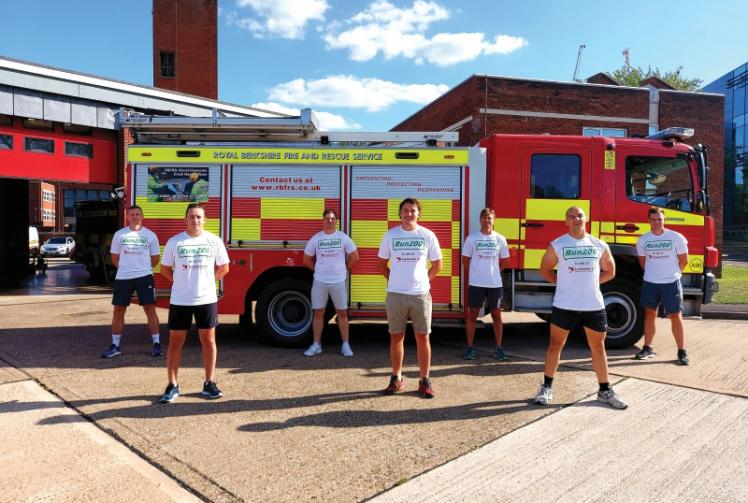 A team of Maidenhead firefighters are attempting to run the equivalent length of Great Britain to raise money for Leukaemia UK.

The 1,407 kilometres (km) (874 miles) is the distance from Land's End, the most westerly point of mainland Cornwall and England, to John O' Groats, in the far north of Scotland.

The ‘Run200’ challenge which began on July 1 was the idea of Maidenhead Station firefighter, James Bennewith, 26, and his friends Luke Jamison, Callum Kenny and Ben Johnson-Evans.

The aim of the challenge is that by the end of the month all four teams taking part, each comprising of seven individuals, will each have run a total of 1,407km.

“The more teams we have, the more we’ll raise,” said James.

The challenge will come to an end next Friday and so far just over £1,800 of a £3,000 target has been raised for Leukaemia UK, which is ‘a charity that means a lot’ to James and Luke.

James’ godfather has leukaemia and Luke’s mum died of the cancer when he was a child.

Each member of Station 19 is tracking the kilometres they are running using Strava, a GPS running and cycling app.

Initially the team worked out that if they ran 20 10km-runs over the period of the challenge they could take 11 days off in between to recover, but found it is best to ‘run when you’re comfortable to run’.

James said: “Everyone wanted to run 200 but there’s some runners who have done particularly well and there’s some people who are struggling quite a bit – myself included.”

James tried to clock up 50km in the first week of the challenge, without any prior training.

“My shins are suffering quite a lot,” he said.

Other members of the team have also incurred injury, but Travis is ‘absolutely flying’ and, despite not having any running

experience, is on track to cover 300km.

“He’s doing particularly well, and I dare say that he will probably take some distance off some of the other guys,” said James.

To try and overcome their injuries, the team have had some ‘pretty uncomfortable’ ice baths.

“And the whole watch smells of Deep Heat as well,” James said.

“You can smell us coming from miles away.”

To donate to the Run200 challenge go to www.justgiving.com/fundraising/run200-july2020 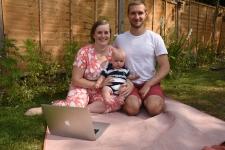 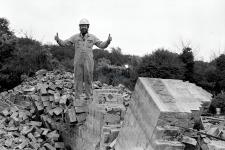