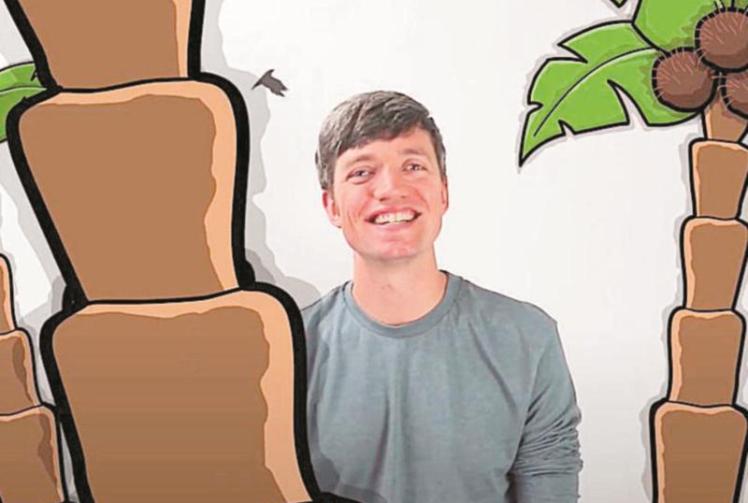 A poem based on the Maidenhead community’s collective lockdown experience has been created following a project launched by Norden Farm in April.

The centre for the arts, based in Altwood Road, kickstarted the All Write Together project in April, which saw professional poet Simon Mole lead free online poetry workshops over eight weeks.

The workshops encouraged people to keep being creative during lockdown, and Simon explored themes like ‘keeping in touch’, ‘journeys’ and ‘the future’.

Participants were invited to contribute their thoughts and ideas around the themes, and the public could also join in via social media and email.

Following the workshops, Simon produced a poem based on what the community had told him about their lockdown experiences, and Norden Farm has published it in video form, with animations by illustrator Scott Tyrell.

Simon said: “Having this positive creative space to connect with other people outside my house, even while inside my house, became a really important part of my week on a personal level, and it was really moving to read the poems that people sent in each week.

“One participant emailed me at the end of the project saying that having this chance to laugh and create in a group had made a big difference to her life at that time.

“It really brought home to me how important creativity and connection are, and how lucky we are in Maidenhead to have an arts centre so committed to its community.”

Despite being closed during lockdown, Norden Farm has continued to support the Maidenhead community through a variety of creative initiatives, like the All Write Together project.

The arts centre was supporting the children of key workers while they were attending school when lockdown first started, running digital workshops on Zoom and creating prerecorded resources which could be used as homework.

The centre’s arts club for older and isolated people has also been kept going thanks to education manager Robyn Bunyon, even reaching those who are offline, and helping those who are struggling the most with loneliness.

Visit tinyurl.com/y8xwxkpb to watch the All Write Together poem on Youtube.

A Norden Farm staff member has embarked on a 10-hour walk to raise money for a Maidenhead United charity challenge.

Tessa Preston, who lives in Maidenhead and works in the Norden Farm box office, is set to walk 15 40-minute laps of the Altwood and Boyn Hill area to raise money for good causes in the community.

Tessa is doing the walk as part of Maidenhead United’s ‘150 Challenge’. To celebrate its 150th anniversary, the club is encouraging people to take part in fundraising activities to help raise a combined total of £150,000 for good causes in the Maidenhead area.

At the time of going to print yesterday (Wednesday) Tessa had began her walk and hoped to complete her first seven laps. She will complete the final eight laps today (Thursday).

Tessa said: “I wanted to set myself a challenge that would push me but I knew I could complete.”