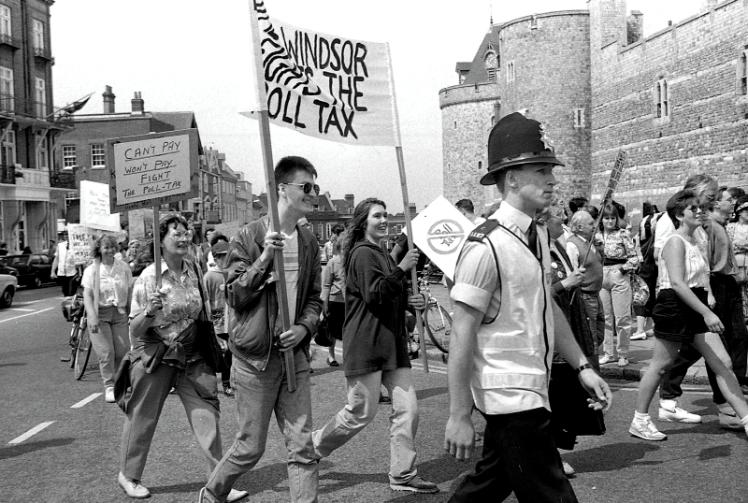 1980: The Knights of the Fettered Swan charged into battle as Lord Hotspur defeated Richard of Lancaster in fierce fighting in Taplow. 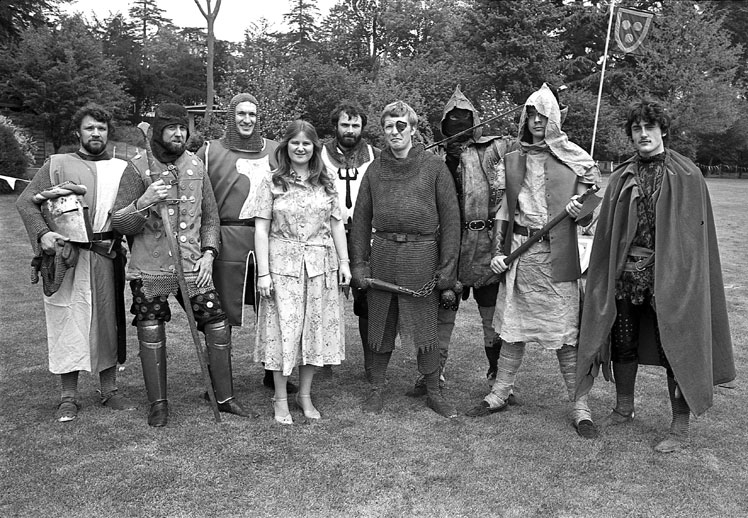 The historical re-enactment was part of the entertainment on offer at the Kate Brooking Memorial garden party in Berry Hill.

Money raised at the event went towards medical research to prevent and treat childhood diseases.

1985: Guides from all over Bucks attended a water activities camp at Longridge, in Bisham, to commemorate Guiding’s 75th anniversary. 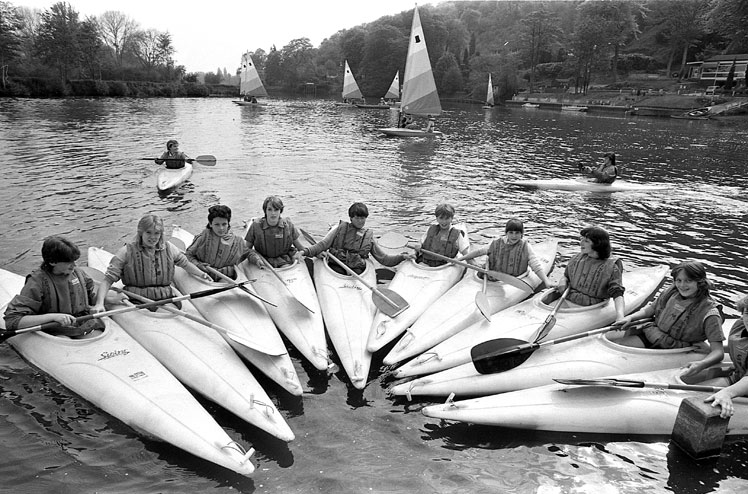 It was the first time the camp in Quarry Wood Road had been used for an all-girls camp, with 192 guides taking part in two days
of water sports, using kayaks, Canadian canoes, rafts, yachts, gigs and dinghies.

1990: Bright sunshine greeted runners of all abilities as they gathered in Higginson Park in Marlow to take part in the second Help the Aged Fun Run. 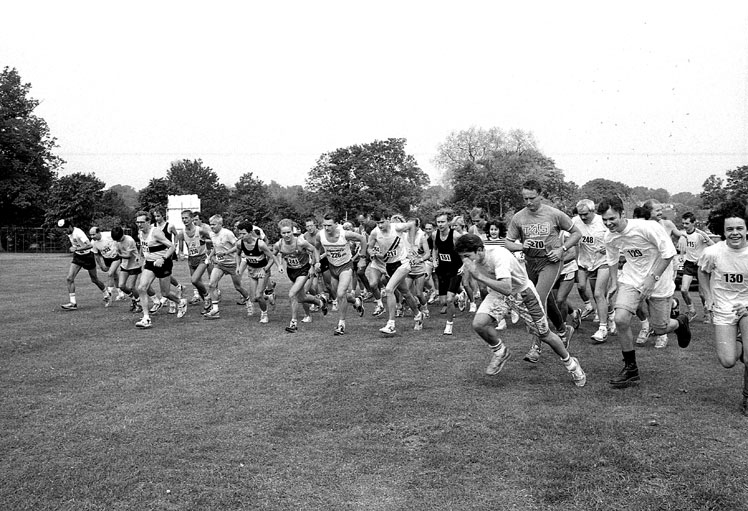 About 80 fundraising runners took to the streets of Marlow and footpaths up to Harleyford, following either a six or three-mile course.

1990: Pupils and parents filled the playing field for an afternoon of fun at Newlands School for its annual fete. 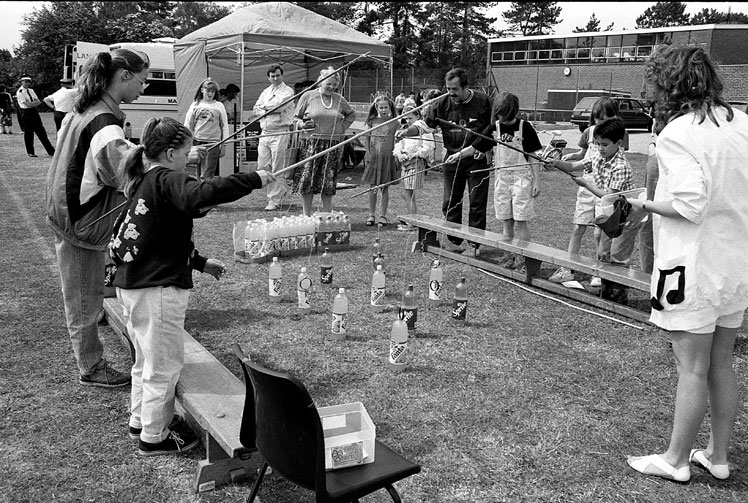 Girls from the school gave a skillful display of gymnastics and local guides sung some old campfire songs. The event also included a pet show and a number of stalls and games.

1990: The fight against the poll tax continued as demonstrators set off from Kidwells Park and marched to Windsor Castle to deliver a petition carrying 17,647 signatures of protest to the Queen (main picture)

Singing the campaigners’ anthem We Won’t Pay the Poll Tax and waving banners, the 200-strong group handed over the petition to Major Eastwood, custodian of the castle and the Queen’s representative.

1995: Members of pressure group Berkshire Against More Motorways (BAMM) took part in a sponsored walk to highlight their opposition to plans to widen the M4. 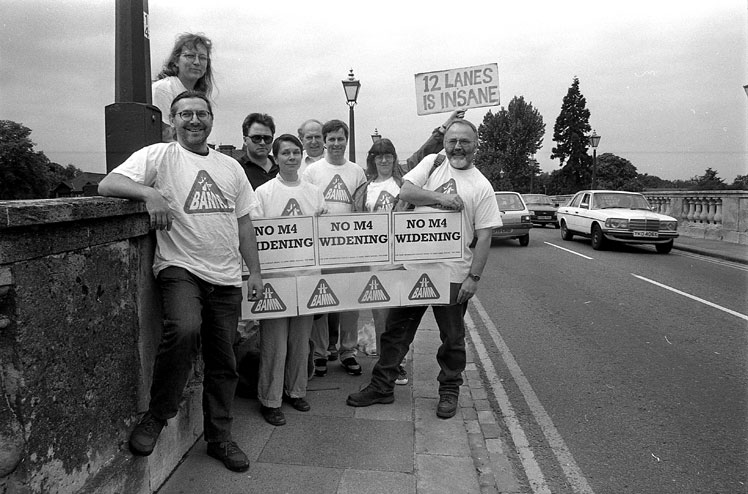 Nine members set off from Maidenhead Bridge to complete the seven-mile trip to Eton.

“We are totally opposed to the 12-lane widening. It isn’t addressing the big issue of transport policy,” said John Wilding, secretary of BAMM. 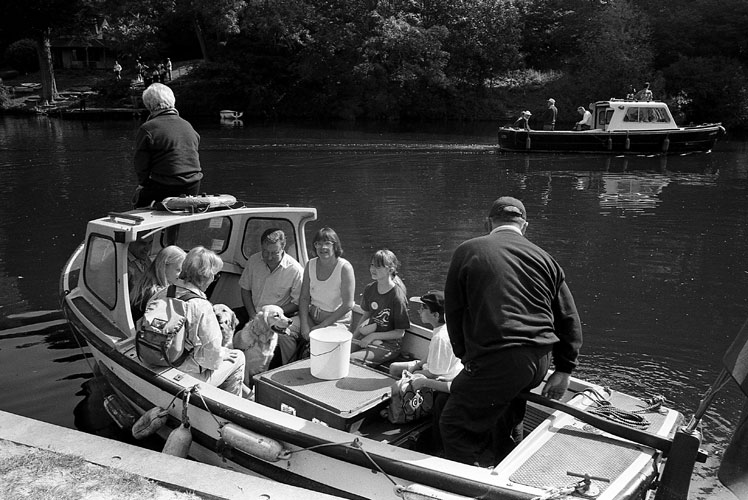 The walk followed a circular route around the Cookhams, Hedsor, Bourne End and Marlow, including a river crossing by boat.