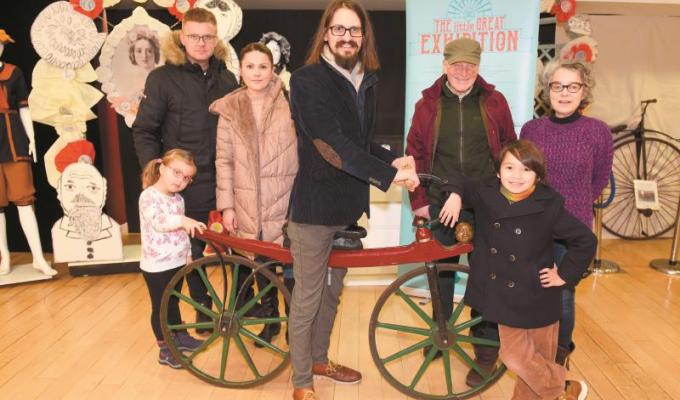 A pop-up display which aims to teach children about the Victorian era has been supported by the Louis Baylis Trust.

The group received £600 from the trust, owner of the Advertiser, in its latest round of donations in November.

The money will help fund workshops for schoolchildren where they can learn more about the daily life of people in the 19th century.

Based at the former Next store in Windsor Yards, the project features an array of artefacts including Victorian costumes donated by the Royal Collection Trust’s learning team at Windsor Castle and a high-wheeler penny-farthing bicycle.

Youngsters from across the Royal Borough and Slough also contributed by designing 10 celebration arches out of unwanted materials.

Louella Fernandez Lempiainen, co-founder of Busy Buttons CORE, said: “The exhibition features different aspects from the Victorian era
ranging from the British Empire to Prince Albert and the Household Cavalry.

“We’ve had people bringing in items such as Victorian coins and it’s wonderful that the community has been able to share exciting things that were previously kept on the back shelf at home.”

On Sunday, Busy Buttons staged a heritage event with the Household Cavalry Museum with visitors gaining an insight into the transformation the army underwent during the Victorian era.

Other groups to support the exhibition include the Prince Philip Trust, the Royal Windsor Rose and Horticultural Society, the Windsor & Royal Borough Museum, Our Community Enterprise CIC and the Windsor, Eton & Ascot Town Partnership.