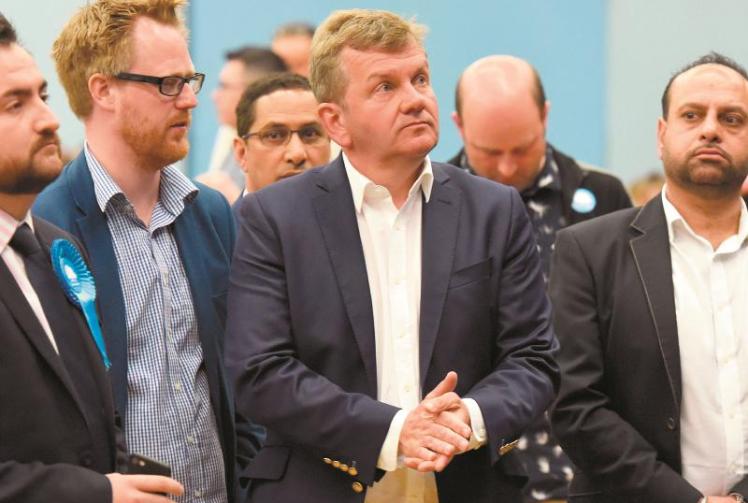 The Royal Borough has said electoral and code of conduct rules were not breached as a row over promises made by the council leader to Maidenhead Mosque continued this week.

Calls for Cllr Simon Dudley (Con, Riverside) to go have grown since a video was circulated of him offering the land leased by the mosque’s neighbour, the Ivy Leaf Club, to the Islamic Trust Maidenhead if the Tories were re-elected.

The video was recorded on Friday, April 25 – less than a week before the local election in which the Tories retained control of the council.

He urged the worshippers to vote Conservative and said he was negotiating with the Ivy Leaf social club to ‘surrender their lease’ – and give the mosque the chance to acquire the land and expand onto it.

But the Ivy Leaf told the Express that was a ‘promise that he cannot deliver’ designed ‘for him to get the votes’ because negotiations to surrender the lease have proved fruitless.

Club secretary Tracey Moore said the club was not moving as things stood and added that talks were last held six months ago, and the club’s lease has 27 years left to run.

In the video, Cllr Dudley also said he has sent an agreement to the Islamic Trust Maidenhead, which runs the mosque, that it could have the land when available.

Since then, a petition calling on the election to be declared ‘partially or completely void’ and have Cllr Dudley removed from office on Change.org has attracted more than 1,000 signatures.

It also suggests the agreement was contrary to ‘purdah’ rules, which govern how non-political council officers can behave during an election period – focusing on publicity which could affect the outcome.

But a council spokeswoman said the Royal Borough has been working with the Islamic Trust Maidenhead and an ‘agreement outlining how we may be able to support them going forward was shared with them in April’.

She added: “As is standard in these processes the council did not publicise the sending of this agreement or make any public comment about it during the pre-election period.”

She added the council was aware of concerns over comments made ahead of the election but ‘there has been no breach of the members’ code’.

Cllr Lynne Jones (Ind, Old Windsor), who led the opposition councillors last term, said: “The fact is, it is misleading… which is wrong.”

Asked if he should step down, Cllr Jones said: “That is down to him and the Conservative Party. That is certainly something I would never have done.

“They have got to think really hard as to whether this is the type of person that they are willing to support.”

Cllr Dudley said last week his intention had been to assure the mosque it would not be surrounded by tall buildings under development plans for that area. He did not wish to comment further this week.