Theresa May discusses Brexit, education and Heathrow in Advertiser interview 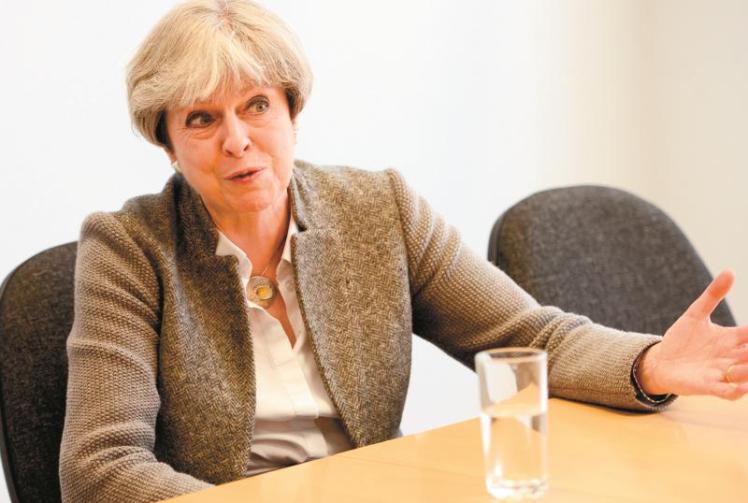 As she seeks to both retain her Maidenhead seat and win the general election, Theresa May visited the Advertiser’s offices yesterday (Sunday).

Among the topics she discussed were Brexit, education and Heathrow expansion.

The Prime Minister said it was important to carry out the negotiations to leave the European Union, even though she campaigned to remain and the Royal Borough voted to stay in.

“I think there’s a unity of purpose now in the country,” said the Conservative candidate.

“I want to make sure we get the best possible comprehensive free trade agreement with them because I think often, for people who voted remain, it was the trading relationship they were concerned about.”

Discussing her education policy, Mrs May said she believed ‘expanding the free school movement’ had ‘been very effective in Maidenhead’.

She added: “I want every child to have a good school place, and that’s why I want to see a diversity of provision, and I think that’s important.

“I think we’ve already seen more children in good or outstanding schools as a result of opening it up to free schools, allowing more academies to be introduced.

“I want parents to feel that whichever school their child is going to, whether it’s a comprehensive, a grammar school, a faith school, an academy [or] a free school, they’re getting a really good quality of education and the best start in life.”

Discussing the decision to press on with Heathrow expansion, Mrs May said: "Obviously, becoming Prime Minister meant I had to look at the national interest in terms of the airport expansion.

“We’d already accepted as a government that South-east airport capacity needed to expand and looking at all the studies and reviews, it was clear that the preference was for Heathrow.

“We are looking to bringing even greater curbs in relation to night flights for the expanded Heathrow.”

Mrs May had earlier taken time out of campaigning and spent more than an hour supporting the town's community duck derby event in memory of Jo Cox.

Watch a short video featuring some of Theresa May's answers below.