The first spades went into the ground last week for a garden commemorating the late Sir Nicholas Winton.

The latest tribute to Sir Nicholas, one of Maidenheads most famous residents, is expected to open to the public next spring in Oaken Grove Park, Maidenhead.

The garden’s design reflects the story of Sir Nicholas’ great deeds, where he helped arrange for hundreds of children to be brought to safety on what later became known as the Czech Kindertransport, on the eve of the Second World War.

Cllr Samantha Rayner, cabinet member for culture and communities, said: “We have worked very closely with his family to find the most fitting memorial, and we feel that an outdoor space for relaxation and contemplation will do just that."

The garden will comprise of a winding path lined by timber railway sleepers, areas of wild flowers and an ornamental pond and fountain. Along the path, several stones will be inscribed with inspirational quotes by Sir Nicholas.

The path will lead visitors up to a ‘place of sanctuary’ in the form of a raised mound, accessed by a bridge over a pond.

Nick Jnr, son of Sir Nicholas, said: "I think the whole design is a fitting tribute to my father and the journey that was made.

"I'm just really happy that the community will be able to share what will be such a tranquil place to relax and reflect."

Cllr Simon Werner, ward councillor for Pinkneys Green, said: “It is an honour to say that Sir Nicholas Winton was one of our residents and I think this is a wonderful way to pay our respects to such a gentle and generous man.”

The park was chosen as Sir Nicholas lived much of his life in Pinkneys Green, until he sadly died last year at the age of 106. 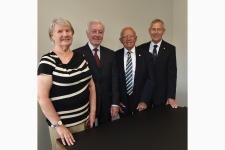 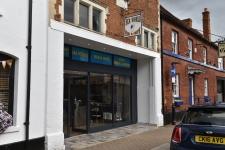