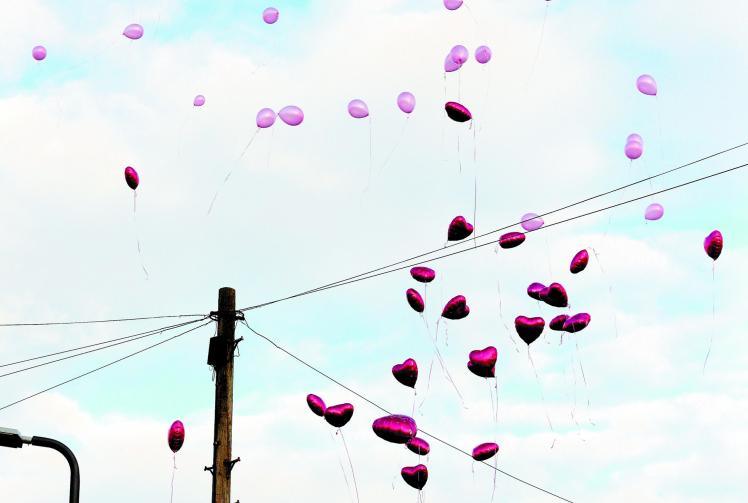 AS IT HAPPENED: Government backs third runway at Heathrow

‘Whatever action is necessary’ will be taken by the Royal Borough in its opposition to plans for a third runway at Heathrow.

The Government gave its backing to plans for expansion on Tuesday, immediately prompting a backlash from local authorities and other campaign groups.

A heartfelt plea for action has been made by the family of a Wexham woman who died in a car crash on a road where a biker was killed only days earlier.

Ayesha Farooq, 23, died on Wednesday, October 19, after she was involved in a three car pile-up near the Crooked Billet roundabout on the A412 Uxbridge Road.

Fatal injuries received by a construction worker at the Premier Inn site in Maidenhead were similar to a 'high velocity gunshot wound', an inquest heard on Wednesday.

A mound of earth has been placed at the entrance to parking spots in Winter Hill by the National Trust to try and tackle anti-social behaviour.

Syrian refugees fly in ahead of resettlement in Royal Borough

A councillor is at Gatwick Airport today preparing to meet Syrian refugees who are set to be resettled in the Royal Borough.

David Coppinger, the borough's cabinet member for health and adult services, said the council was 'doing the right thing quietly' as he publicly announced he was at the airport on Twitter.

Have your say on £29m Braywick Leisure Centre plans

You can have your say over the facilities you think should go into a new multi-million pound leisure centre in Braywick Park.

A budget of £29million has been set for Braywick Leisure Centre, which will be built at the current site of the driving range and will replace the Magnet Leisure Centre in Holmanleaze.

Driver who ran over woman after argument jailed for nine years

A driver who mowed down a woman in his car and left her for dead at the side of the road in Slough has been jailed for nine years.

Terry McDonagh, 24, of India Way, Hammersmith and Fulham, was sentenced at Aylesbury Crown Court on Tuesday after he had previously pled guilty to two charges of GBH with intent and dangerous driving.

Years of 'sheer hell' are facing residents opposite Ascot Road after an alternative application for an M4 compound was withdrawn.

The site, known as the 'green triangle', will be used for the construction of the M4 Smart Motorway scheme by the Highways Agency.

McDonald's asks council if 24 hour opening would be allowed

Burgers could soon be served throughout the night in Windsor if an application is approved by the Royal Borough.

McDonald’s in Thames Street has submitted an application to the Royal Borough to test whether opening 24 hours would be legal.

If foster parents are the unsung heroes of the care system, what about their children?

All this month, the Fostering Network has been highlighting the lesser-known role the youngsters play in helping some of society’s most vulnerable.

As part of Sons and Daughters Month, the charity has been promoting their role in welcoming foster children into new homes.