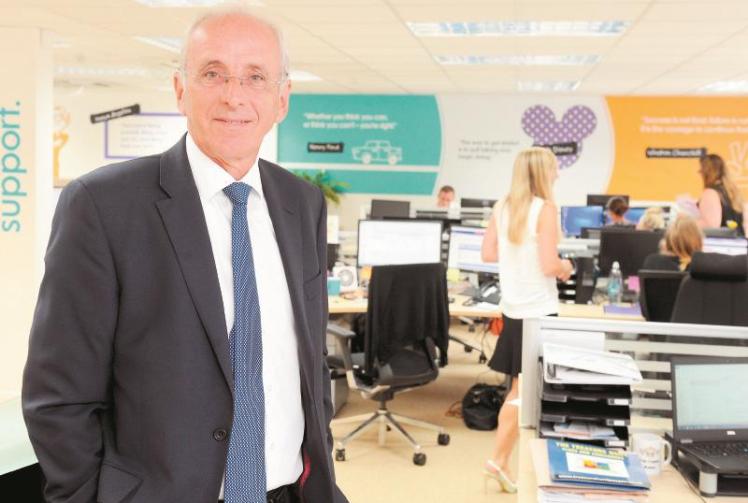 Post EU referendum uncertainty could have a negative impact on the economic viability of the Thames Valley, a former chamber of commerce president fears.

Ross Wilson, chairman of Maidenhead-based accountancy firm Wilson Partners Group, said he had been prompted to speak out after a member of staff at the company had spoken to him in the aftermath of the result to express her concern about her future in the UK.

“I have no doubt about that,” the 67-year-old said when asked whether the uncertainty over the future status of European staff could have a negative impact on business.

“As far as I’m concerned it would definitely impact the economic viability of this area.”

In particular, the former president of Windsor Chamber of Commerce thought limiting access to the European workforce could deprive companies of the opportunity to recruit ‘the best of the best’.

But he was also concerned a future negotiation could mean firms losing international staff they have already invested time and money in.

Alena Dulakova, originally from Poprad, in Slovakia, is an executive assistant with Wilson Partners.

She said she had been very worried about her prospects in the immediate aftermath of the referendum result, but since then has realised her determination to stay in the country, even if that means applying for British citizenship.

She said: “I’ve been here for nine, almost 10, years and I’ve been a good citizen I think – I pay my taxes and I’m not on benefits.”

She added: “I got a bit concerned, but on the other hand I thought there must be a solution – the Government can’t just kick me out without giving me the option to stay here.”

While some, like Alena, have committed themselves to staying in the UK, others, like Veronica Malaszewski, who holds dual American and Polish citizenship, have said they will move if remaining is not in their best interest.

The 23-year-old, a permit manager with a Slough-based parking company and student, said: “I’m not too nervous about it because they can’t just deport people and I know they’re not just going to show up at my door. But it’s also a bit worrying.

“I was thinking I would still be here in about five years, but now I have to start thinking, do I have to move?

“For now, because I’m finishing, my studies and have about two years to go I would like to keep working here if it’s not too hard to stay.

“But if I have to apply for British citizenship or residency or something like that I will consider moving – probably to Europe.