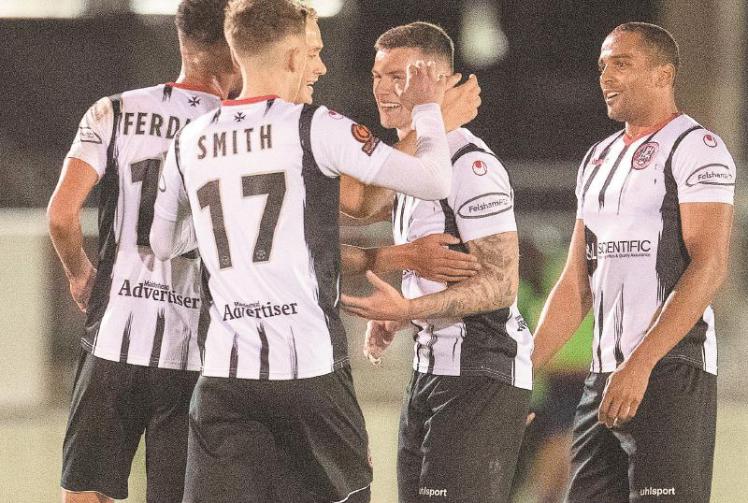 There's no doubt in Maidenhead United chairman Peter Griffin's mind that the National League is becoming more competitive than it's ever been before.

This means that on any given match-day, if the Magpies aren't fully focused and on their game, they can be heavily punished, and unfortunately that's been the case in the past few weeks.

They conceded seven in a bizarre 7-4 FA Cup defeat at FC Halifax Town, a game which really seemed to knock the side's confidence, and they've since lost heavily in successive league defeats to Dagenham & Redbridge (4-1) and Boreham Wood (4-0).

Taking scalps is something Alan Devonshire's sides have thrived upon in recent campaigns and, in short bursts this season, they've managed to do that, beating Woking and Wrexham in successive matches at York Road.

But this feels like the low ebb of a frustrating campaign and, with their matches this week against Southend United and Chesterfield both postponed due to a COVID case in the Magpies camp, things could get worse before they get better.

However, Griffin says that rather than moaning about the inequalities of the league, the Magpies have to embrace the challenge.

“This is our fifth season in this division,” said Griffin.

“And we weren't exactly the biggest fish in the division below either. We’ve done really well to get that promotion and to stay here and compete.

“Each year that’s gone past, the last two years especially, the clubs that have come down aren’t going bust or going out of business.

“There was a time when the teams that were coming down were fatally flawed in some way and had financial problems, so they weren't coming down as a strong force.

“But the last few years, you look at Chesterfield, Notts County, Grimsby, Southend – who no doubt will find their feet – it has become tough.

“And alongside that clubs are spending money which is attracting League 1 and League 2 players to this division. Stockport, Wrexham, and others, they’re attracting players who are able play at a higher level.

“Every year we’re having to work against that situation, which is getting harder, but that’s what we’ve got to do.

“We’re not moaning about it or saying it’s unjust. We’re playing in the top league of non-league football, and we expect it to be tough.

“It’s a struggle sometimes if you’re not on your game, you get punished, but we’ve got to embrace the challenge and deal with it.

“We have to rise to that challenge.”

Griffin and the Magpies board are in a position where they're trying to engineer a situation where they can compete on a more equal footing.

The team now trains three-times a week and there are plans to move the club to a new stadium at Braywick Park which will hopefully provide the Magpies with new revenue streams.

“We may not be able to compete financially now, but in years to come if we’re able to fulfil the ground move, then yes, that will definitely help us,” added Griffin.

“If you don’t progress and evolve, you’ll get left behind. You must keep on looking at how you can improve and get your wins over other teams.

“Sometimes things are a bit grim in the short term, and the number of goals we’ve been shipping recently it’s a real tough time, but I don’t think things are that bad medium to long term.

"We just need to get players back to full fitness and then show what we can do. We’ve shown in bursts this season what we can be. Beating Wrexham and Woking at home, two decent teams in the space of a week, shows how quickly things can change.

“We’ve got to hold our nerve, but we do have a lot of players who can win us games with their attacking talent, the Josh Kelly’s and the Sam Barratt’s, and the Kane Ferdinand’s, they’re good players.

"Once we get more settled, we’ll be fine, we’ve just got to hold our nerve. If we can focus on that and get them in a position where they’re able to win games for us because we’re not conceding as many goals, we’ll be fine.”

There has been opposition to the club's proposed stadium move, but Griffin says things are ongoing behind the scenes. “These things take time,” he said.

"The timings never run smoothly, it's just taking a bit of time to get there, but we’ll just keep working away until a time when we can say something publicly.”