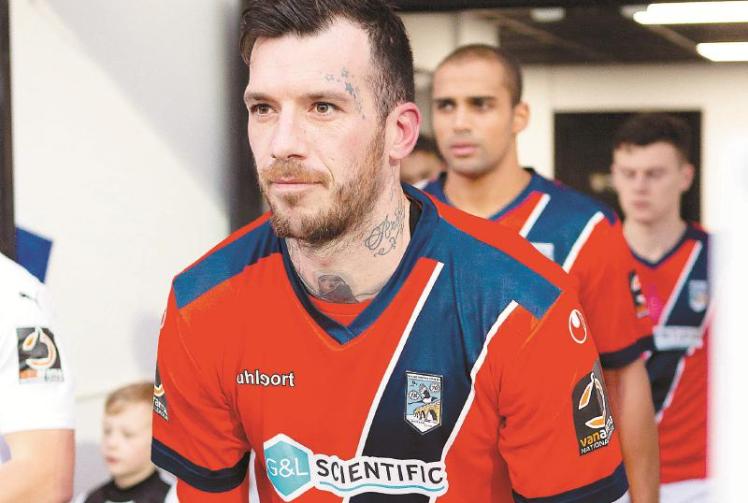 Maidenhead United defender Joe Ellul says he hopes to remain at York Road next season, but the uncertainty brought on by the coronavirus pandemic means that he’s preparing for a future away from the club.

Ideally the 31-year-old would like to sign another contract with the Magpies, having forged an impressive central defensive partnership with captain Alan Massey last season.

Ellul was one of the Magpies’ best players last term, despite the club’s skirmishes with relegation, and was regularly named man-of-the-match for his performances.

However, he’s not getting any younger. Ellul will be 32 in September and while he believes he could still play well at this level for another five or six years, he’s not keen to wait around on the sidelines for the return of non league football, especially when there are offers on the table for him to play elsewhere, possibly for a pro club or abroad.

He is yet to speak with the club about extending his contract, which is due to expire before the season was due to resume in August, but does want to have those talks before making any decision to walk away from York Road.

“My contract is up before the start of the season and I’ve not heard from the club,” he said.

“I’ve chatted to Dev a few times and heard bits and bobs but nothing to say they want me to stay or want me to go.

“So all I’m going to do is plan for the fact that I might not be there just in case. I’ve got clubs lined up that I can go to if I want to, but, obviously, I want to hear what the club has to say before I make that decision.

“I’m 31, 32 in September, and I can’t really afford to lose time out of football. Especially when I’m still hoping to secure a move into a pro league. I still feel like I can do that.

“I’ve got offers on the table from pro clubs, so I’d be quite foolish to turn them down.

“But at the same time I’ve enjoyed my time at Maidenhead a lot. I’ve met some great people. I don’t think I’ve played for a club with fans like it before. They’re literally die hard.

“I’ve also built some good relationships with fans at the club because I’d stay afterwards for a beer with them.

“That’s the difficult part. But at the same time I don’t want to sell myself short to stay in the National League when I can potentially go and play pro elsewhere, abroad etc, because I’ve got quite a few offers elsewhere.

“It would still be my first choice to sign a new deal there (Maidenhead).

“But, the problem is the season may not start on time where as the majority of pro leagues are going to start before non league.”

Ellul understands that Maidenhead aren’t in a position to offer him a new contract at present, particularly when they don’t know what kind of season they’ll be returning to, or even which league they’ll be in next season. But with non league clubs reluctant to play matches behind closed doors due to financial concerns, it could be many months before competitive football returns to York Road. And Ellul thinks he could be back in action much sooner if he moves to pastures new.

“There are some leagues that can survive on no crowds,” he said. “But it’s going to be difficult. I’ve felt a bit sore playing football these past couple of weeks and I’ve never felt that way before. I need to keep playing and stay active or my career will be shorter than it should be.

“I don’t think you can expect to hear anything (from Maidenhead) if there’s nothing to be said. The club has never done anything to disappoint me in any way, shape or form. It’s always been excellent to me. For such a small club in the National League they do things very well. I’ve contacted Dev a few times and spoken with him, asked him how he is etc, but that’s about it.

“If the season doesn’t start by September there are offers for me to go elsewhere to play abroad on a longer contract, and that’s something I’d probably have to consider because I can’t sit around and wait.

“I think Maidenhead would understand that because they’re not going to pay me to just sit around.”

Devonshire: 'Next few weeks will determine if non-league football can return safely' 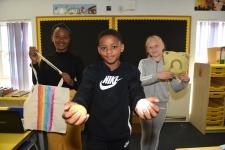 The Langley Heritage Primary, Kennett Road, Langley The Year 6 children at the school are taking part in an enterprise week making NHS themed products and raising money for the NHS 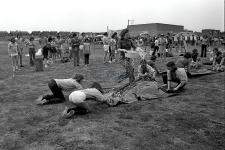