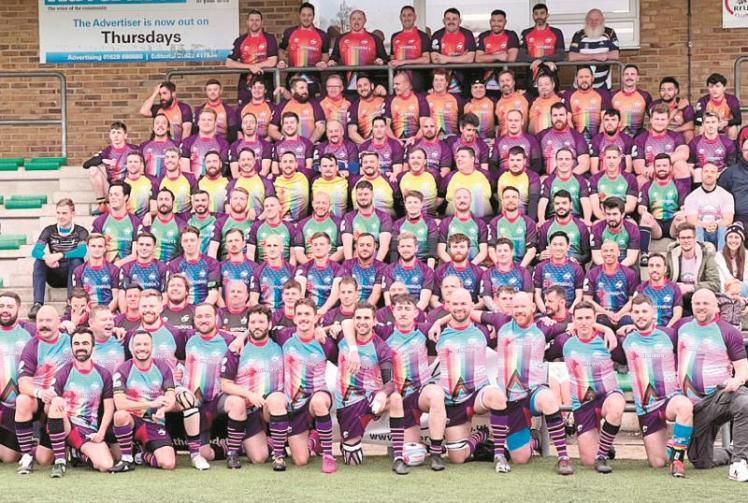 The Berkshire Unicorns reached the final of their inaugural Unicorn Unity Cup at Braywick Park on Saturday, the first event of its kind to be staged in the area.

Eight teams from across the UK competed in the 10s Rugby Pride tournament travelling from as far afield as Newcastle and the South Coast to take part.

Having won their group and seen of the likes of the Newcastle Ravens and Wessex Wyverns, the Unicorns faced off against a Barbarians team - made up of players from all the other teams, including fellow Unicorns, in the final where they came up just short.

Despite falling at the final hurdle, it was a great day for the club and inclusive rugby in the area.

The competition drew inspiration from other International Gay Rugby (IGR) tournaments that take place across the country, such as the Hadrian's Cup, Union Cup and Bingham Cup. Each of these has achieved notable national and international success, and the Unicorns will be hoping they can follow suit.

Reflecting on the success of the tournament, chairman Richard Dunn said: “It was our first tournament that we've hosted, and it was the first of its type in the Berkshire and West London area. We had eight teams on the day, further away being the Newcastle Ravens, but we had teams from West London, Reading and the South Coast. It was a good atmosphere and a great day of rugby. We (Berkshire Unicorns) got to the final and we had a Barbarians team, including some of the Unicorns, and they ended up winning.”

Since being established five years ago, the Berkshire Unicorns have gone from strength to strength, promoting inclusivity through rugby.

They cater for players of ages and abilities and the ethos has been to provide a club where gay and bisexual players can compete alongside their straight teammates.

The Unicorns play in the IGR Southern League and are affiliated to the Berkshire RFU. They play other IGR teams including Cardiff, Bristol, Reading Brighton, Southampton, and friendly matches on top of that.

The Unicorns also have a touch team which have been playing in a regional Touch League.

They train at Maidenhead Rugby Club’s Braywick Park on Tuesday and Thursday from 7pm.

“I think we're officially the fastest growing strand of rugby in England,” he said. “We just had our fifth birthday in October, and we're doing ok. We did quite well through lockdown and as we came out of that I think people were looking to come and do some exercise, so our membership was solid throughout the COVID crisis. Now we're back at it and we've had two matches so far, and have won both of those, so it's looking quite positive. Both teams have been doing well, and we accommodate anybody that wants to play.

“We've had a lot of people join who've never played before in their lives and others who have been doing it for 30 years.

“We provide a space for people who perhaps played at school and then come back to it later in life.”

Maidenhead RFC’s director of rugby, Myke Parrott, added: “They’re flying at the moment. On the pitch as well, they’ve had some brilliant results. I was fortunate enough to play for them in their opening game, which I loved. They’re a brilliant set of lads who are improving every week and it’s a really lovely link that we’ve got there.

“We can’t take the credit but we’re really proud of the work they’re doing there. I think it’s fantastic for our club to host such a brilliant initiative.”

Results are not keeping up with Maids' improved performances

Fixture list will be a yardstick to measure Maids' progress

Mobbs-Smith praises Maidenhead's 'best away display' after defeat to Havant 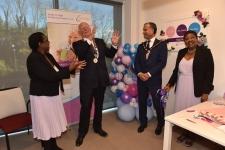 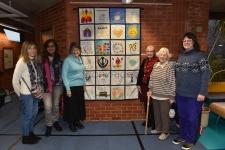 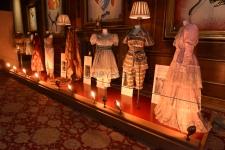 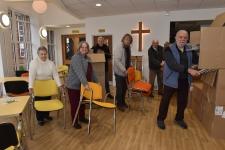 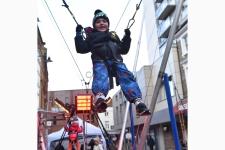 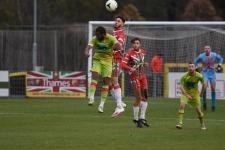 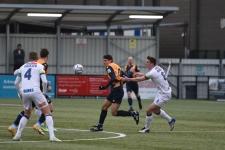 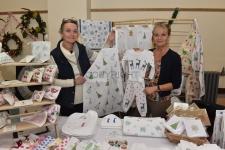