Hockey round-up: Maidenhead Men's 1sts fly out of the blocks to claim 3-1 win over Henley 1sts 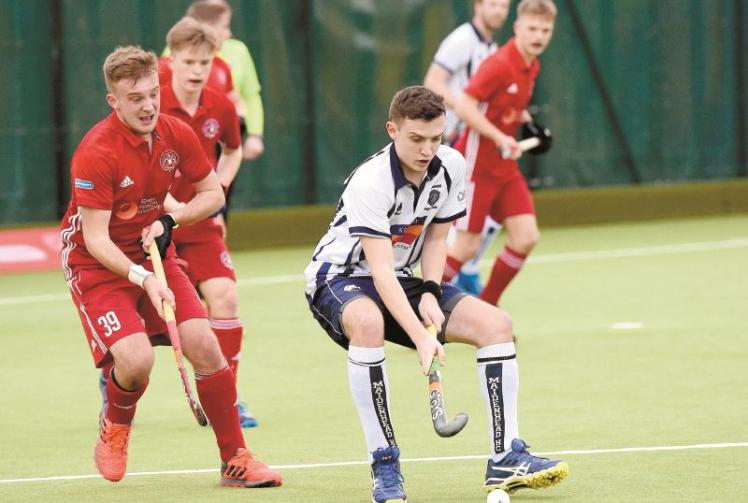 Maidenhead Hockey Club came ‘flying out of the blocks’ to secure a 3-1 win at Henley 1sts on Saturday, and then showed the resolve to hold on for victory when under the cosh in the second half.

Matthew Heller fired Maids in front after a swift start from the visitors, but the home side managed to take advantage of balls being crashed into the D to level through Chris Green before the break.

Injuries meant the visitors were down to their bare 11 for the second half but they countered Henley’s pressure well, converting through Alex Land and Dave Harding to wrap up the points. Victory moves Maids up to third in the table ahead of Saturday’s home game with Oxford OBU.

“The boys did really well,” said captain Phil Cowell. “We came flying out of the blocks and managed to score quite early on.

“It was 1-1 at the break and we had to play the whole of the second half with no subs due to injuries. So the boys that were out there put in a massive shift. The second goal saw some slick passing on the counter and a good finish from Alex Land. Dave Harding put in the third. He is one of our new guys and he was absolutely outstanding on Saturday. He played at the back and was just a leader on the pitch. He had one of those games where he was just unstoppable.

“A game like that last year would probably have tipped the other way and we would have let a goal in and drawn or lost it. So, we’re showing good character to grind out these results at the moment.

“Having David Ames as a coach with his experience and knowledge. Tactically we’re far better. He recognised that we were getting tired in the second half and he changed the tactics slightly and that helped, making us even more secure at the back. With Rohit (Kapoor) alongside him we have two experienced heads working together. It’s working out brilliantly so far.”

Looking ahead to Saturday’s test against Oxford OBU, Cowell added: “Traditionally it’s a very tough game. They’re a well organised, young, side. But their first two games have been postponed and I think it’s COVID related. So, this might be a good chance for us to come flying out of the blocks again, especially if they haven’t had the chance to play or train.”

Slough Ladies were beaten 3-2 at Reading in their Division One South match on Saturday after coming from two goals down, only to concede a third from a disputed penalty corner shortly before the final whistle, writes Dave Wright.

"We were very disappointed as we felt we deserved a point on the balance of play," said captain Kat McGonigle.

"It was probably the best we've played in two seasons. We played well around the park and at times were better than them. When we played them last year, they outplayed us."

Reading, who finished runners-up in the league last season, swept into the lead with Jenny Crossley bagging a brace with goals in the 18th and 32nd minutes, the latter from a penalty corner.

But, for the second week running, the Pink 'n' Blacks raised their game after half-time. It took them just five minutes to reduce their deficit through Lizzy Totten and then Becky Ross snatched the equaliser from a penalty corner with four minutes left on the clock.

Two minutes later, however, Reading were awarded a penalty corner although Slough claimed the foul had been committed outside the 25-yard line, and Alys Richards took the opportunity to hit the winning goal.

"After our second goal, we didn't manage the game as well as we could have done," admitted McGonigle. "We should have kept the ball more, rather than to attack them."

It was a busy weekend for scorer Totten as on Sunday she competed in the virtual London Marathon, running around a three-mile loop she had arranged herself.

Accompanied by her boyfriend and with rain falling, she clocked an excellent 3hrs 13mins 45secs, a few minutes outside her personal best marathon time she recorded last year.

This Saturday's visitors to Upton Court Park are Harleston Magpies, who have taken four points from their opening two games (12.15pm start).

Maids plummet down to eighth after 6-1 defeat to Woking

Victory and redemption for Marlow Men's 1sts against Newbury & Thatcham

Slough Ladies suffer home defeat at the hands of the Trojans

Maidenhead HC's 'improved mindset' takes them top of the table