Maidenhead United brush aside Binfield to progress in county cup 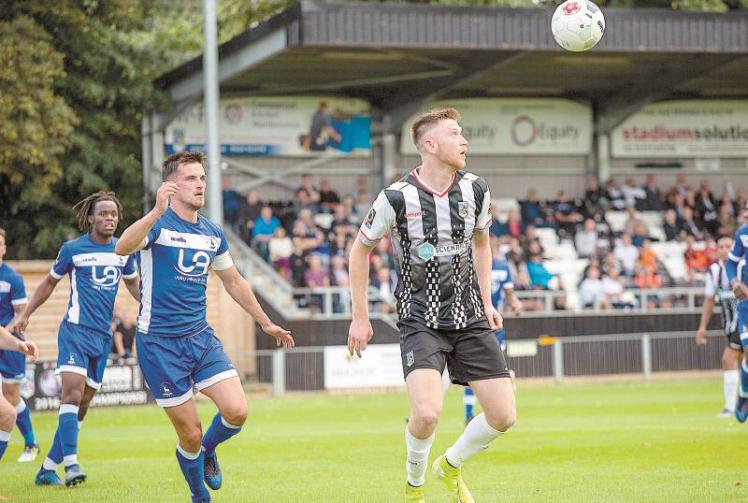 Danny Whitehall helped himself to a hat-trick as Maidenhead United brushed aside Binfield in the Berks & Bucks Senior Cup at York Road.

Keen to give players who needed them minutes, manager Alan Devonshire handed starts to Ibra Sekajja, Freddie Grant, James Comley and Joe Ellul - whose two match suspension does not include the county cup.

The manager also gave a first team debut to Maidenhead United academy goalkeeper Fred Chapman, who was recently called up to the England Colleges national squad.

On a chilly evening Maidenhead comfortably progressed to the second round, with Chapman keeping a clean sheet on his first start.

Ellul headed home from close range to give the Magpies the lead in the 25th minute before Whitehall grabbed his first of the evening 10 minutes before the interval.

Youth team player Reece Smith created the Magpies third with three minutes left on the clock, sweeping in a brilliant cross for Whitehall to tap home.

Then, just a couple of minutes later, Whitehall produced some trickery on the edge of the Binfield area before slotting past Williams to complete his hat-trick.

The Hellenic Premier Division side gave a good account of themselves, particularly in the second half when walloped the bar through McClurg and held off a stronger than expected Magpies until the 87th minute.

The Berks & Bucks Cup is a trophy Devonshire has lifted five times over his two spells as manager, most recently two seasons ago when they defeated Hungerford Town at Arbour Park.

Reading, Milton Keynes Dons, Slough Town and Wycombe Wanderers will enter the competition in the next round.

We spoke with @fredmtchapman who kept a clean sheet in tonight’s 4-0 victory over Binfield FC in the @BerksBucksFA Cup.

Underwood felt absence of crowd most keenly after final whistle