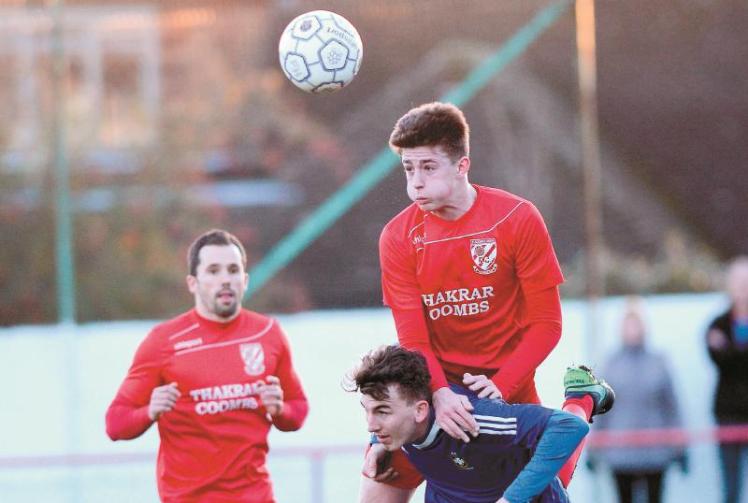 Bayliss, just 17, has earned his place in the Three Lions squad after impressing for his county team Oxfordshire, but it’s his football for the Hellenic Premier Division side Flackwell that stood him apart from his rivals for an England jersey.

Having taken to football like a duck to water, to use manager Paul Shone’s words, Bayliss is set to represent his country in a friendly match against Australia this weekend and is quietly confident of making it as a professional footballer.

“The coaches at Flackwell have been good for me,” he said.

“They’ve taken my game on and encouraged me. They want the best thing for me and I’ve been learning lots about the game in training and matches.”

Bayliss will link up with his England teammates at Lilleshall on Friday for the friendly match and in doing so will follow in the footsteps of England greats such as Michael Owen.

He’s also in line to play in the Centenary matches against the other home nations later in the spring.

“It’s exciting to represent your country at any level,” he said.

“No matter what the sport is. I feel that it can only help me to get stronger.

“I’m also quite ambitious and want to push myself as far as I can in the game.

“I’m going to take each step as it comes but the dream is definitely to play professional football.”

The teenager has been a standout player for the Heathens this season and Shone has said the club won’t stand in his way if bigger and better opportunities come his way.

He was put forward for England Schooboy trials after impressing for his county side Oxfordshire in last year’s national finals.

“This was my second time around and, because I’ve been playing men’s football, I think I was a lot more confident,” added Bayliss, studying for a BTEC in sports and exercise at Henley College. “I’ve learned things I didn’t know last year and have become a lot more confident.”

Shone said: “He was just 17 when he came to us but took to men’s football like a duck to water. Nothing fazes him, and he takes everything you tell him on board.

“We won’t stand in his way if a bigger club comes in from him, as that’s what we’re all about, but it has got to be the right move.

“Everyone at the club is very proud of Dan.

“Lots of people have worked hard to add to his development this season, but his hard work has ultimately led to this achievement.

“Myself and Shoney are delighted for him.”

Ethan Bristow: 'We've shown the senior side what we can do with cup win'