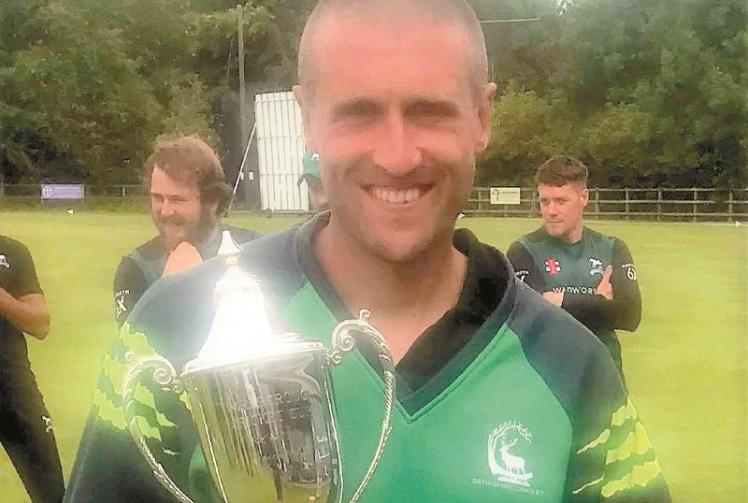 At least Berkshire County Cricket Club will have something to show for a season that has been badly decimated at their level due to the coronavirus pandemic.

They defeated Wiltshire by six wickets on Sunday to retain the Marlborough Cup with left-arm spinner Luke Beaven taking five wickets before Dan Lincoln blasted a half-century as they cruised to their target of 110.

Berkshire are not able to defend the three-day championship and the one-day trophy they won last year as the National Counties Cricket Association has cancelled all their competitions. They were one of nine counties willing to play in a limited-overs tournament, but it was scrapped when 11 counties voted against the plans.

Berkshire are planning further games during August, but they will only be friendlies with Middlesex CCC likely to involved as the two counties are closely linked.

So the annual challenge against Wiltshire will be their only game this year which offered something to show at the end of it, and it was skipper Richard Morris who proudly held the silver trophy aloft last weekend.

With the start of the game being delayed by rain, Morris won the toss and put Wiltshire into bat and it proved a good decision on a Marlborough CC wicket that turned whilst also offering variable bounce.

Pacemen Andy Rishton (3-24) and Toby Greatwood (1-26) made an early breakthrough before spinners Beaven (5-26) and Ali Raja (1-8) took over and the hosts were skittled out for just 109 in 32.1 overs. Wicketkeeper Stewart Davison claimed three catches along with a stumping.

Berkshire to get season underway with Marlborough Cup match against Wiltshire