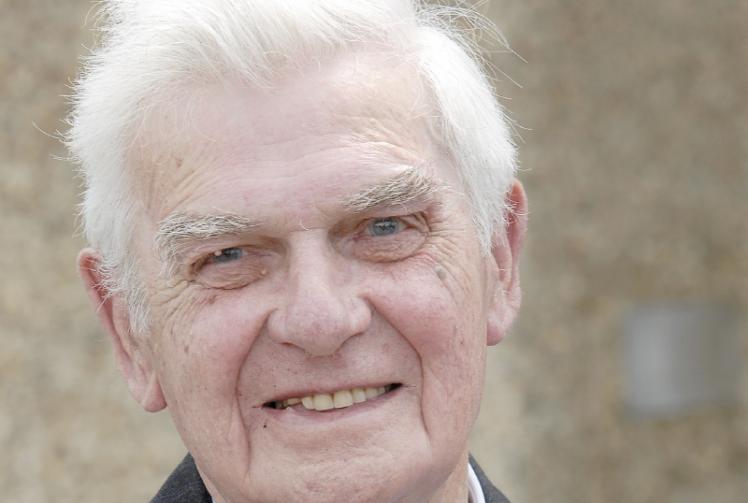 One of Cookham's longest serving parish councillors has died at the age of 89.

Pat Woodbridge, a keen cricketer, gardener, and former football referee only stepped down from the council last year following 28 years in the role.

He died on Saturday, July 9 at the Sue Rider Duchess of Kent Hospice in Reading after a short battle with lung disease.

He is survived by his two sons Gary and Lee, his second wife Mary, and seven grandchildren.

Mr Woodbridge had lived in the village since he was three years old, and worked in a variety of professions from being a postman to selling insurance, to refereeing professional football matches.

His son Gary, 69, said: "He used to play cricket and football, and was a member of Littlewick Green Cricket Club and on the committee of Cookham Dean Cricket Club, but he had a knee injury so trained to be a referee.

"His big achievement was he refereed an under-21s match in 1958 between England and Wales and at that time it was captained by Bobby Moore.

"Sport was a big part of his life. I remember when I was five he used to cycle to cricket games at Littlewick Green and I would sit on a saddle made between the cross bars on the bike."

Councillor Mike Barnes said: "Pat maintained a vivid and keen interest in almost all aspects of Cookham life and was able to bring to mind his long experience and immense knowledge of 'things Cookham'.

"Pat always maintained a deep sense of duty but retained a twinkle in the eye even in the most difficult situations.

"Pat was a charming man and he will be missed."

All are welcome to attend the funeral service at St John the Baptist Church in Church Road on Tuesday, July 26 at 11am. Family flowers only, but donations can be made to the Duchess of Kent Hospice.

Cookham and Maidenhead Arts Trail to go ahead in September

WildCats football for girls to start in Cookham

Maidenhead Heritage Centre and The Stanley Spencer Gallery to re-open