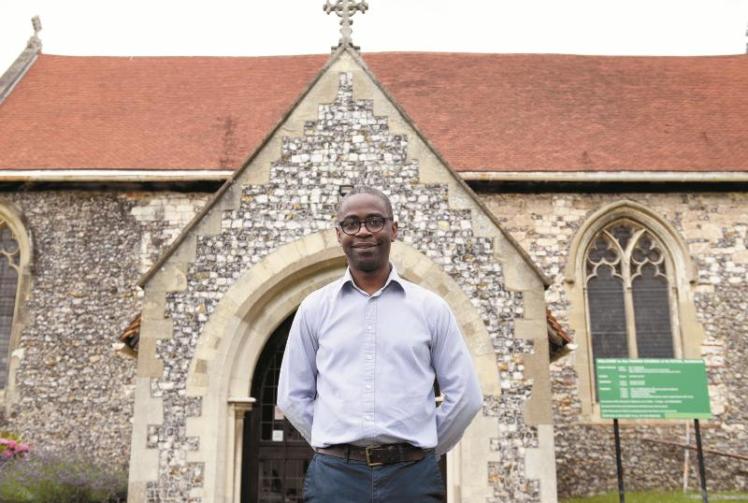 A new member of the clergy has joined St Peter’s Church in Burnham following an online ceremony.

Samson Kuponiyi was originally set to be ordained as deacon, but as the ceremony requires the public to attend this has been delayed until late September due to the COVID-19 pandemic.

For now, he has been installed as a lay worker in an online Zoom ceremony on Saturday, July 4.

The Burnham resident said that 2015 marked the year when he started feeling like he had a calling from God.

He then began his journey to ordained ministry, training part-time at Rippon College in Cuddesdon, Oxfordshire, from 2017 until this month.

Samson is set to be ordained as a deacon alongside 22 others within the Diocese of Oxford in September.

He will hold the position of deacon for a year, before he is ordained as a priest. He will continue to carry out his role as deacon alongside his new post.

Discussing how he feels about his new position, Samson said: “I feel very blessed. I feel it’s an opportunity for me to actually be able to go out there and work with people.

“I see humanity as one and its all about relationship building. So for me getting in this position I see it as a way of building relationships within the parish.”

Samson is also involved in the Care & Share project in Burnham, which provides food and supplies for those in need of it.

He added he wants to help the people of Burnham ‘come together and work together’ through initiatives such as Care & Share.

Burnham awards ceremony recognises those who have gone 'above and beyond'

Success for pubs on their first weekend back open