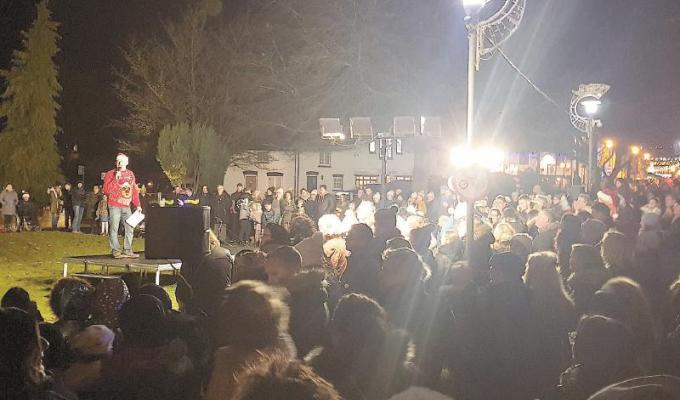 About 3,000 people flooded the streets of Burnham on Thursday (December 5) to witness the Christmas light switch-on at Burnham Park Hall.

The evening, which included the Burnham Lions Christmas Fair in the High Street, saw performances from Azure Theatre School and Shining Star Productions.

Attendees watched on as the lights of Burnham Park Hall were switched on by two competition winners following a collective countdown.

The festive fun did not stop there as a children’s parade made its way up the High Street, closely followed by Santa in his sleigh.

Burnham Lion’s John Shephard said: “The weather's dry, mild, everyone is relaxed and enjoying themselves.

“Burnham Park Hall looks fantastic with the lights so they get more and more involved each year, it is incredible.

“We have organised this for 16 years, so we started it, and we do it every year. It is our biggest event [and] is what we are known for.

“We do not make money from it. We rely on sponsorship which costs about £5000 pounds to put it on, and it is purely for the community.

“That is the reason we do it. We do it with help from other Lions Clubs, friends and supporters. And they all come together – it is quite gratifying when it does.”

Fellow Lion Steve Spencer said: “We promote this beforehand, obviously. We also have a weekend at Sainsbury's supermarket in Taplow. We collect and promote this there and it is really gratifying to hear people say ‘oh I know all about that, we will be there’.

“What we raise from that goes into the actual event to actually help us to pay for it.”