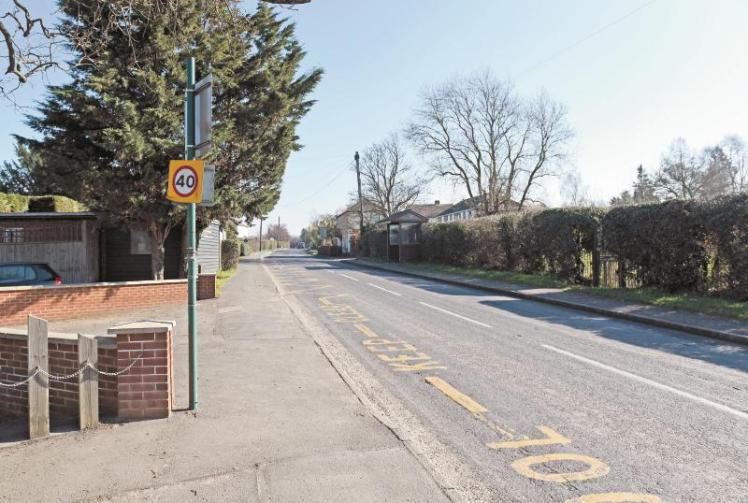 A fight to ban lorries weighing more than 7.5 tonnes from Oakley Green Road in Bray has been successful – but the absence of signs due to COVID-19 has made the ban unenforceable.

The problem began following a lorry ban on the A308 road through Holyport, which sent the traffic down the Oakley Green Road instead.

This caught the attention of Oakley Green and Fifield Community Association (OGAFCA), who led a campaign to ban them, claiming that they were were shaking listed buildings, frightening horses and causing problems for Braywood CE First School.

“There are few footways, and those that are there are very narrow,” said Barbara Frame of OGAFCA.

“So if you’re walking with a dog or a small child, one of you has your elbow right by the road, and you’ve got very big lorries coming at some speed, right next to your elbow.”

Last February, then leader of the council Cllr Simon Dudley agreed to introduce a lorry ban. It came into force this January, and signs were due to go up in February.

However, there was a delay to getting the signs produced and the date was pushed back. According to Barbara, residents are still waiting to hear news about the signs.

“We knew it wouldn’t happen overnight, but it’s been well over a year now,” she said.

“The war has been won and the ban is legally in force, but until the signs go up, no one’s going to adhere to it.”

According to David Coppinger, who represents Bray ward (Con), the signs were due to go up on March 30, but the facility that was going to make them has shut down because of coronavirus.

“It’s not seen as an essential service. As soon as there’s any change to the lockdown situation, they’ll be put in,” he said.

“There’s nothing we can do about that – but I don’t think there’s many lorries travelling down there at the moment.”

Phoenix Gym to close for good after hitting planning problems

Holyport offices could be transformed into 28 flats