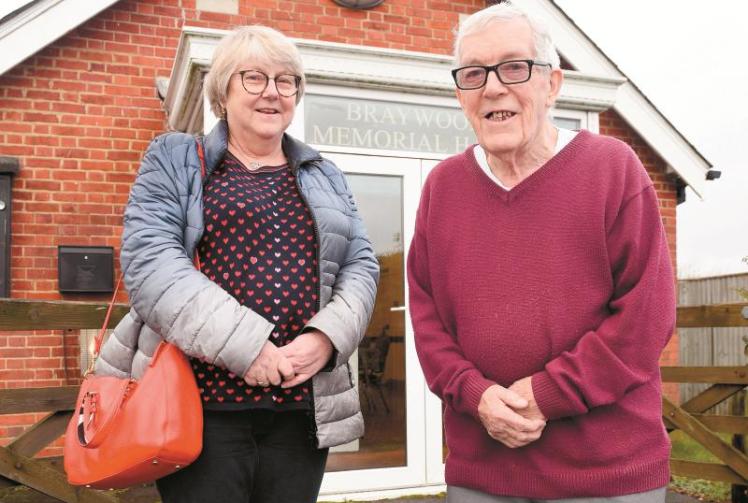 Concern over plans for 4,000 homes

Concern is growing over a proposed 4,000 home development near Bracknell and the impact it would have on residents living inHolyport.

A 240-hectare site on the greenbelt at Jealott’s Hill is earmarked for a mixed use development as part of Bracknell Forest council’s draft local plan.

A consultation on the local plan, including the Jealott’s Hill proposal began on October 25 and ends next Friday at 5pm.

Bray Parish Council (BPC) clerk Susan Cook said the council is ‘extremely concerned’ about the plans and has agreed a working group to comment on the proposals.

In its initial response, BPC says the shortest access to the M4 from Jealott’s Hill is along the A330 to junction 8/9 – which will have a ‘major effect through Holyport’.

“Bracknell have approached the need for houses in a way which will have the maximum effect on residents living on or close to the Ascot Road,” he said.

“If it goes ahead we will be seeking that a condition for it will definitely require a new link to the M4 and possibly a new train station.

“Unlike the plans for housing in Maidenhead, where most people will be able to walk or cycle to the station, they are placing this new village right on their border and furthest away from road and rail links.”

A spokeswoman from the Royal Borough said the council is ‘aware of this important consultation’ and its response will be made publicly available as part of the consultation process.

Andrew Hunter, director, place, planning and regeneration at Bracknell Forest Council said: “We are currently consulting on a draft of the local plan and are seeking comments from residents and other interested parties on all aspects of this, including the impact the development might have on roads in the local area.

“This includes having discussions with the Royal Borough of Windsor and Maidenhead on potential impacts within their borough.

“The plan and the supporting evidence is available on our website. There is an opportunity for people to view the plans and submit their comments via the online consultation, http://bit.ly/BFLocalPlanRGS which runs until Friday, December 6.”

Local plan will lead to A308 'gridlock'

A meeting held tonight (Thursday) will give an update on a section of the Borough Local Plan (BLP) which could affect ‘anyone who travels along the A308’.

It has been organised by the Oakley Green and Fifield Residents Association (OGFRA), which is concerned about proposals for 450 homes on land to the north and south of the road.

Another BLP proposal that would impact on the A308 is for the former Squires Garden Centre site, in Maidenhead Road, which is earmarked for 39 homes.

Ann Taylor, OGFRA committee member, said: “How many cars will this represent, converging on the roundabout at the former Squires Garden Centre site? More than 900, and at peak time, it doesn’t bear thinking about.”

At the meeting OGFRA will attempt to cut through the complexities of the latest version of the Borough Local Plan and advise residents as to how best to make their comments.

She said: “I share the concerns that OGFRA have about the large number of homes that are proposed on either side of the A308.

“If you take into account other developments along this road, such as the new hotel at the racecourse and the Thames Hospice to name but two, it is obvious that we will face gridlock and an increase in pollution.

“I am also concerned about the impact these extra homes will have on our local schools and medical services.”

The meeting will be held at Saxons Barn in Dedworth Road, Windsor at 7.30pm. To find out more go to www.ogfra.org or contact team@ogfra.org

Have a flutter while raising funds for hall's electrics

A horse racing night will be held at Braywood Memor-ial Hall on Friday, December 6.

There will be eight races and bets are £1 per horse, multiple bets can be placed per race.

Doors open at 6.30pm and the first race is at 7pm. The cost of admission is £10, which includes a fish and chip supper. There will also be a licensed bar and a raffle.

Funds raised will go to maintaining the hall which last year had its heating repaired at a cost of £6,000.

A leak in the roof and about £2,000 of electrical work also needs to be carried out.

Bill Collier is a member of the Braywood War Memorial Hall Committee which looks after the hall where he holds art classes on Mondays and Tuesdays.

He said the hall was built one hundred years ago using donations from the village.

“Please come along and have a fun evening while supporting the hall which was built to honour the men of the first world war who gave their lives for our country,” said Bill.

On Sunday the Bray Advent Carol service will take place at 6.30pm.

It will include hymns and special pieces of music written for the season of advent sung by the choir.

Rehearsals are already under way for the second event – Music at Bray’s Community Carol Concert held on Sunday, December 15 at 3pm.

As well as seasonal pieces, well-loved carols and Christmas songs performed by the choir there will also be readings.

Find out more at www.braystmichael.co.uk/

Gin and Rum on the Farm to take place in 'bubbles'

Thames Hospice in fundraising drive as it prepares for October opening