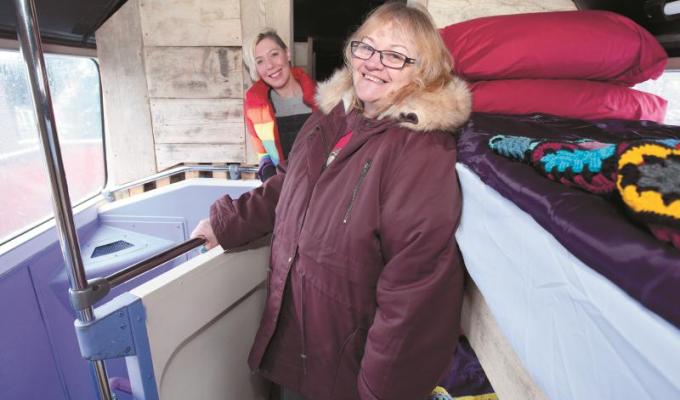 The founder of homelessness charity has called changes to law that will stop unfiar evictions a ‘fantastic start’.

On Monday, Prime Minster Theresa May announced that Section 21 evictions, which allow land lords to evict tenants at the end of their contract with eight weeks notice and without providing a reason, will be abolished.

Sue Brett, founder of the Maidenhead-based homelessness charity The Brett Foundation, said that she had met many homeless people, including families, who had been evicted unfairly.

She said: “It’s absolutely a step in the right direction, anything that protects people that are vulnerable is great news.

“Its just a constant worry, people don’t know if they can make their house a home, because in 6 months time they could be moved on.

“And where are they going to go? You just give them a bit of security, a sense of belonging.

Ms Brett acknowledged that land lords can have legitimate reasons for evicting tenants, for instance, if they need to move their sick parent in with them, and the new changes will still allow them to evict tenants when they have a legitimate reason.

In her announcement, Theresa May called the current laws ‘wrong’ and ‘unfair’.

She said: “Everyone renting in the private sector has the right to feel secure in their home, settled in their community and able to plan for the future with confidence.

“This is wrong – and today we’re acting by preventing these unfair evictions.

“This important step will not only protect tenants from unethical behaviour, but also give them the long-term certainty and the peace of mind they deserve.”

Ms Brett went on to say that while the changes are a good start, more needs to happen to reduce homelessness.

She said that there needed to be a complete overhaul of the benefits system and land lords need to be more willing to accept tenants who are on benefits if there is to be a reduction of people on the streets.

It is not yet clear when Section 21 will be abolished, but according to communities secretary James Brokenshire, a government consultation will be held to ensure the new system works properly.