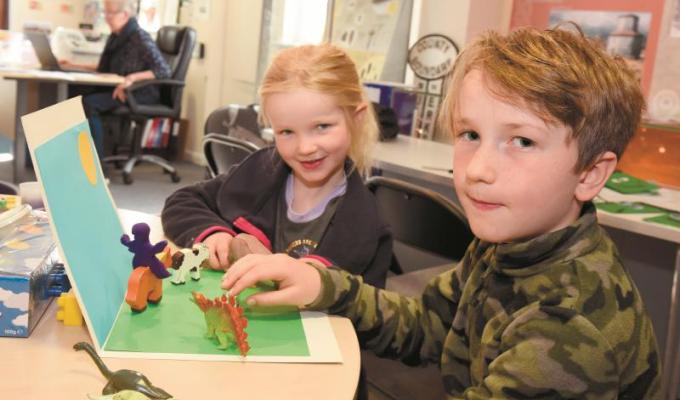 Children on their Easter holidays had an exciting and informative day at the Maidenhead Heritage Centre’s activity morning.

The museum in Park Street held a number of activities for four-to-nine-year-olds to enjoy on Friday.

The activities focused on Bray Studios, the film studio in Water Oakley Lane where classic Hammer horror films like The Mummy, Dracula and The Curse of Frankenstein were filmed.

On the day, children learned about the history at Bray and other films that were made around Maidenhead.

After that, they were given the chance to get creative, designing Frankenstein puppets and learning how to make flipbook animations.